The title of Mark Achtemeier’s The Bible’s Yes to Same-Sex Marriage: An Evangelical’s Change of Heart leaves no doubt as to his conclusion. Achtemeier, a Presbyterian Church (U.S.A.) pastor and theologian, wants to lead his readers toward the same “change of heart” that caused him to embrace same-sex marriage. He writes graciously and gently. But his book will be persuasive only to those who already agree with him.

Though he aims to make a biblical and logical case for same-sex marriage, the book fails on both counts.

Like many revisionist treatments of this subject, Achtemeier is anxious to get to the proof texts. He wants to show that the seven classic Bible passages used to condemn homosexuality have been misunderstood and misapplied. In his haste to do so, however, he completely misses the most important step of the argument: a coherent definition of marriage. If we’re going to argue about who should be married, we should first establish what marriage is.

Achtemeier seeks to establish this in chapter four, “God’s Plan for Love, Marriage, and Sexuality.” His biblical-theological conclusion is that “God gives human beings the gifts of love, marriage, and sexuality in order to help us grow into the image of Christ’s self-giving love” (52).

Thoughtful students of the Bible and of Christian history will wait in vain for a more thorough development of this conclusion. Achtemeier restates it repeatedly throughout the book, blithely assuming his readers agree with its potency and logical force. He seems unaware, however, of how thin and reductionistic his definition is. He does not engage the massive theological and philosophical body of work on the subject; in fact, he does not even seem aware of its existence. 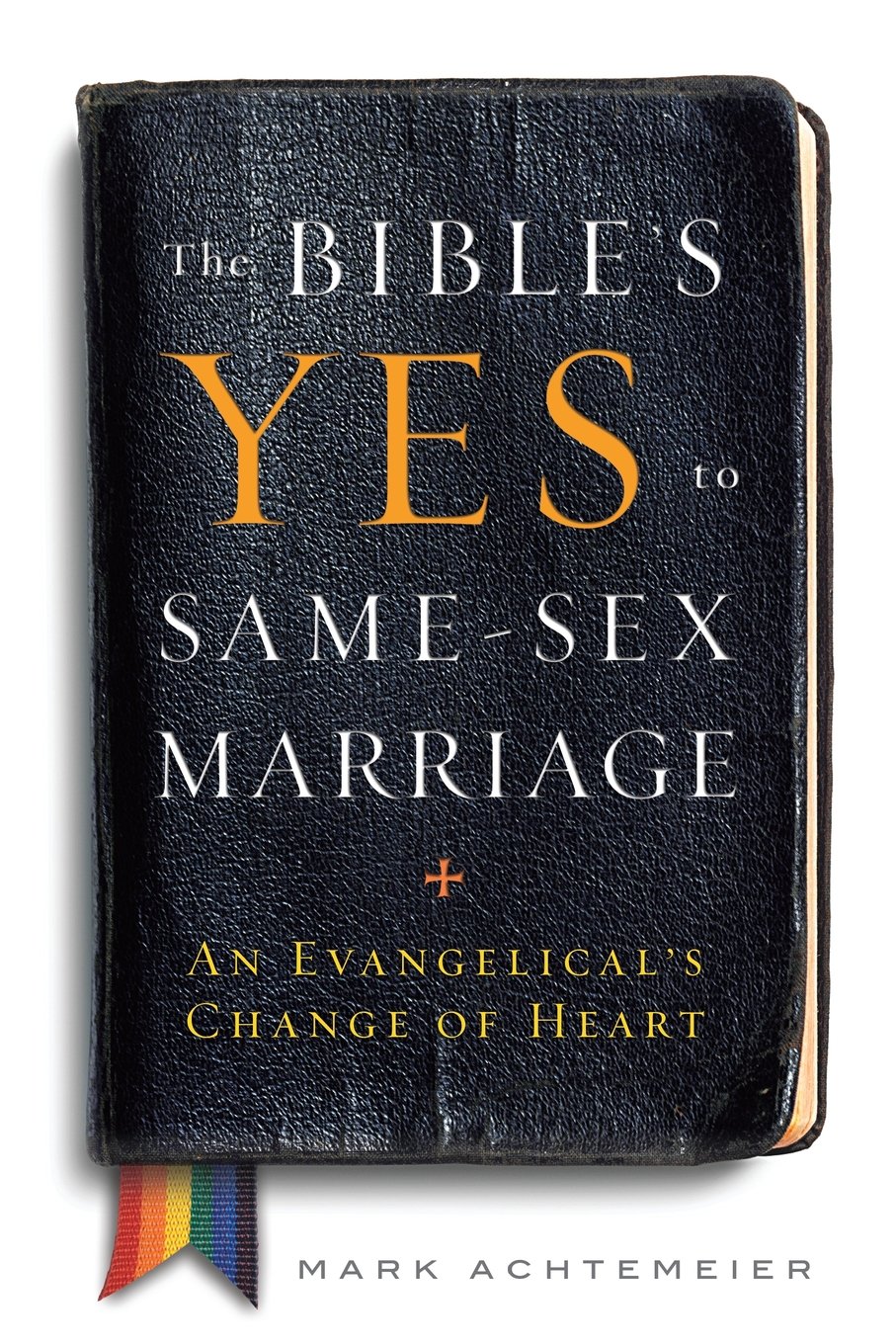 The Bible’s Yes to Same-Sex Marriage: An Evangelical's Change of Heart

The Bible’s Yes to Same-Sex Marriage: An Evangelical's Change of Heart

At least three weaknesses are immediately apparent in Achtemeier’s definition of marriage:

Nowhere is there even a hint suggesting that procreation is an essential requirement for a marriage to be considered legitimate in the eyes of God. (60)

One can almost hear the collective gasp of Roman Catholic and Aristotelian scholars worldwide. Achtemeier’s point seems to be that since infertile or childless couples are still “legitimately married” in God’s eyes, procreation is not essential to marriage. Which is like saying that since batters sometimes strike out, hitting the ball is not essential to batting.

Achtemeier’s failure to engage the whole natural law tradition on this point (Girgis, Anderson, and George’s What Is Marriage? [review] would have been a good starting point) is a glaring weakness in his work.

A properly Christian definition of marriage must revolve around—or at the very least include—the glory of God. Achtemeier’s definition does not. If indeed “God’s highest purpose” is “to help people grow in their ability to give themselves completely to another person” (58), then God exists for us, not we for him. We are left with a “genie in a bottle” God whose supreme job is to make us happy. And how could he deny the happiness of marriage to same-sex couples?

(3) It leads to the fallacy of begging the question.

Achtemeier assumes his definition of marriage in order to sidestep some of the strongest natural law arguments against homosexual practice. For instance, consider this passage from chapter 5:

Male and female bodies clearly do complement each other. And as a consequence, the union of male and female is clearly established as the majority pattern for love and marriage across the whole span of human history. . . . [But] does God’s creation of male and female bodies in biological correspondence to each other mean that God’s condemnation automatically falls on alternative patterns of life like same-sex unions? This conclusion seems especially doubtful in light of our finding that same-sex unions are equally as capable as their heterosexual counterparts in fulfilling the highest revealed purposes God has in mind for love and marriage. (63–64)

Achtemeier never answers, either logically or biblically, the question that biology raises. He merely refers back to his definition and concludes, on the basis of the definition, that the question is moot.

Perhaps some readers will uncritically accept Achtemeier’s definition of marriage—and that’s really the only way they could possibly be persuaded by the rest of his argument. For indeed, if marriage is just about “helping people grow in their ability to give themselves completely to another person,” why should marriage not be open to same-sex couples?

Advocating for same-sex marriage is not unique. But asserting the Bible does is. In order to effectively counter 2,000 years of interpretive history, such an assertion demands cogent logical and theological reasoning.

If this is the best argument revisionists can marshall for “the Bible’s yes to same-sex marriage,” then the traditional view of marriage has nothing to be concerned about. Or, to say it another way: if same-sex marriage wins the day, it won’t be due to arguments like this.