One of the great scholarly travesties in recent memory is that the major works of Dutch Reformed theologian Herman Bavinck (1854–1921)—arguably the best Europe ever produced—languished in the relative obscurity of its native language for 100 years. Fortunately, this is no longer the case, thanks to the leadership and labor of John Bolt, professor of systematic theology at Calvin Theological Seminary. Not only did he make available one of the most indispensable systematic theologies a library can hold (Bavinck’s four-volume Reformed Dogmatics), he also supplemented it with an abridged one-volume edition as well as Bavinck’s Essays on Religion, Science, and Society. Time well spent, indeed. Any one of these could be regarded as a crowning achievement. What a delight, then, that Bolt has compiled another gem on Bavinck. After having served the church and academy by restoring Bavinck his voice, Bolt has now taken the liberty to tell us what he makes of the Dutch theologian’s contributions in his new book, Bavinck on the Christian Life: Following Jesus in Faithful Service.

Following a short biographical sketch, Bavinck on the Christian Life breaks into three major parts: the foundations, the shape, and the practice of Christian discipleship. Bolt likens these to a building’s foundations, its superstructure, and then a tour through its various “rooms.” Part one (“Foundations”) covers the imago Dei, law and obedience as covenantal realities, and union with Christ. Part two (“Shape”) covers the imitation of Christ (the subject of Bolt’s own doctoral thesis) and Christian worldview. Part three (“Practice”) examines the outworking of Bavinck’s theology with respect to marriage and family, work and vocation, culture and education, and civil society. The book finishes with a first-ever translation of Bavinck’s only published sermon, “The World-Conquering Power of Faith,” a compelling treatment of the comprehensiveness of sin and the power of faith in Christ as its sole antidote. This sermon alone is worth the price of the book.

The primary burden of Bavinck’s theology is nowhere better seen than in his own lecture on common grace: “Christianity . . . creates no new cosmos but rather makes the cosmos new.” Medieval theology had long held nature and grace—God’s original creation and his new creation in Christ—in uneasy tension. Bavinck sought to explain how God’s redemptive grace is not an “add on” or supplement to creation, or a “Plan B” that rejects the original creation, or a completely different “spiritual” realm with no relation to creation. Rather, Christ’s redemptive grace “restores and perfects nature”—that is, God is redeeming us and the world to become what we and it were always intended to be. We are saved to our humanity, not from it. Bavinck saw clearer than most that a dualism between nature and grace results in unhealthy fractures elsewhere (e.g., spirit vs. matter, sacred vs. secular, ordinary vs. elite, world embrace vs. world flight). It’s our imagined dichotomies that create these unfortunate oppositions—not any inherent divide between God’s three great works of creation, redemption, and consummation.

“Grace restores and perfects nature” may be a pithy summary but, as any serious reader of Bavinck knows, it requires an extraordinary amount of high-octane theology to achieve. The doctrines of the Trinity, imago Dei, creation, covenant, common grace, the person and work of Christ, and eschatology must all have their say, and it’s here that Bolt’s expertise is abundantly evident. In one robust yet accessible chapter after another, he walks us through each of these foundational themes. He demonstrates how they lead us to conclude that God’s grace restores us, both in our individual lives and—through us—the world in which we live. He even explains how in the realms of marriage, work, education, and broader civil society.

Because of its breadth, Bavinck on the Christian Life has something of interest for everyone. Theologians will benefit from the opening chapters. Apologists will particularly benefit from the discussion of differences between Bavinck and Abraham Kuyper in chapter 6. And pastors interested in the relationship between faith and works in sanctification will find chapters 4 and 5 helpful. In fact, for a summary book, some of these chapters stand on their own as valuable contributions to their subdisciplines (e.g., chapter 6, “Union With Christ”). 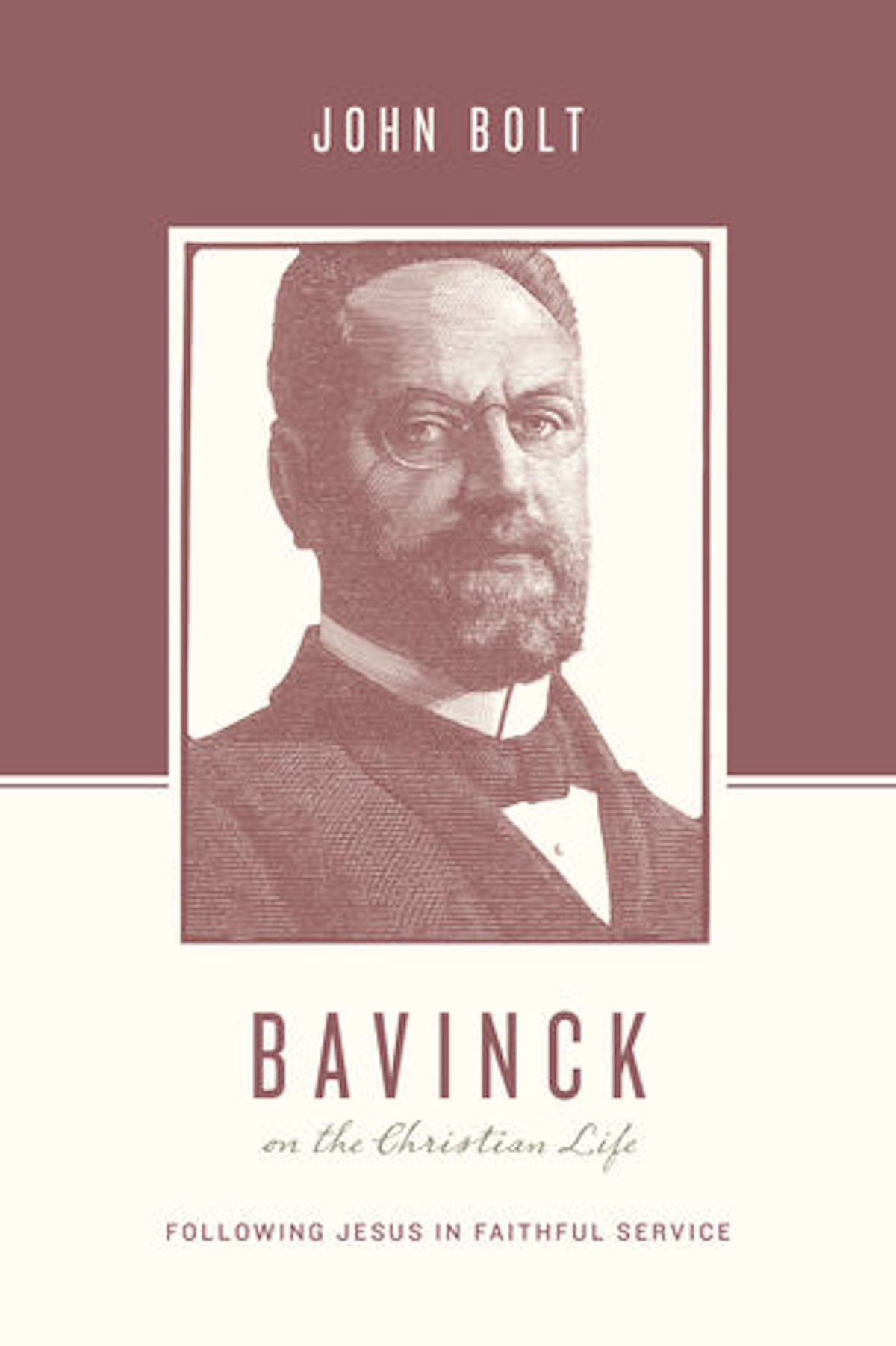 Bavinck on the Christian Life: Following Jesus in Faithful Service

Bavinck on the Christian Life: Following Jesus in Faithful Service

If the aim of Bavinck on the Christian Life was simply to expound Bavinck’s views, it’s a resounding success. But Bolt isn’t a mere historical theologian; he’s a contemporary systematician, so he has an eye to apply Bavinck’s insights to current issues. In one sense, this is the easiest part of his job. After all, the confounding social issues of the early 20th century are no less confounding in the early 21st. Wealth inequality? Gender distinctions? Social justice? They’re all here, and more. On a few occasions Bolt moves well beyond direct applications of Bavinck, and he can be provocative: just see his warnings about the recent emphasis on “radical” discipleship (43–47) and his surprisingly stark “cease and desist” order for those who speak of ministry as “incarnational” (79–81). Hobby horses derail many less skillful and less mature writers, but Bolt keeps this sort of thing short, infrequent, and constructive.

Early on Bolt admits to some difficulty in finding his own voice: “My own thinking has been so profoundly shaped by [Bavinck’s] that I often find myself repeating his words as my own” (19). This is unduly modest. Bavinck on the Christian Life is full of Bavinck’s own words, but it’s no exercise in mere repetition. Bavinck’s theological system is unusually synthetic (or, as he might prefer, “organic”) and resistant to bullet-point summaries.

Coupled with the fact that Bavinck never finished—much less published—his volume on Reformed ethics, Bolt has achieved a unique triumph. He has produced the “missing” volume on practical theology out of Bavinck’s own theological tapestry. And it rings true to its original source on every page.