Editor’s note: Click here to learn how you can partner with TGC to provide gospel resources to the Middle East and North Africa. All donations toward this Middle East Relief through mid-June will be matched up to $30,000.

In recent political news, Donald Trump said “Islam hates America.” Whether you like the Republican frontrunner or not, if you’re an American this statement resonates in one way or another. Underneath those words lie national fear, confusion, and anger. Those three words—Islam hates America—triggers a list of other questions we’re all asking:

In his new book, Answering Jihad: A Better Way Forward [excerpt], Nabeel Qureshi offers us a thorough discussion of Islamic jihad. The former Muslim answers 18 of the most common questions about jihad and Islamic terrorism. Not only does Answering Jihad help the curious and the confused, it also offers the kind of discipleship we need to better understand and engage our Muslim neighbors.

Qureshi, a speaker with Ravi Zacharias International Ministries, explains how we might approach Islam with eyes open to its violent undercurrent but hearts ready to genuinely love and understand Muslims.

Though he’s primarily writing to the American church, Qureshi maintains an awareness of the Muslim reader. While Muslims may all be monotheists, they’re not monolithic. And rather than maliciously discussing Islam’s historic jihadist roots, Qureshi charitably demonstrates how so many may nonetheless live peacefully with their non-Muslim neighbors.

That awareness of diverse Muslim readers makes Answering Jihad so instructional for us. We don’t need more fuel for our angers about Islamic terrorism. We need a deeper grasp of how we got to this place, and mature leadership as to our next steps. 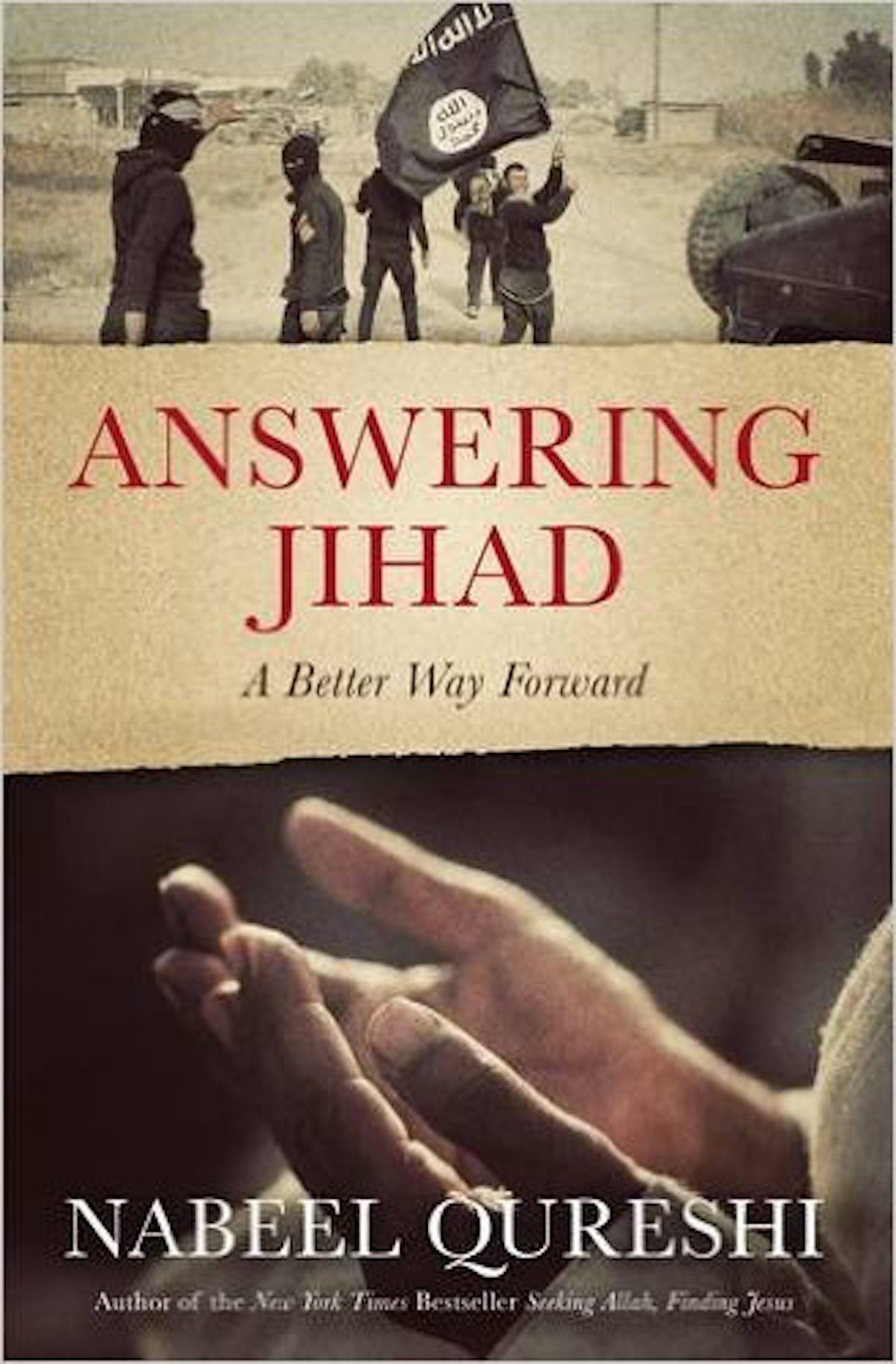 Qureshi not only tells us but also shows us how to speak with loving truth to and about Muslims.

Our American patriotism can often be a stumbling block when it comes to loving Muslims. Of course, we should be proud to be Americans, and our patriotism compels us to think defensively when attacked. Images of September 11 and San Bernardino fan the flames of defensive patriotism within us. We ought to hold tightly to our love of country.

Yet as any Christian in Jordan or China or Saudi Arabia could teach us, we still have much to learn about how to cherish our earthly country while prioritizing our citizenship in a heavenly one.

While living in the Middle East, I was profoundly moved by hearing Christians in a closed Muslim country profess love for their country—the same one killing people like them. If these persecuted Christians can feel this way, American Christians can certainly be proud patriots too. Yet the “made in America” stamp pales in comparison to the one that reads “God’s handiwork.” And as Christians we’re taught to love even our enemies (Matt. 5:44), regardless of their citizenship.

Islam needs a Reformation, I’ve often thought. The Islam on our TV screens can look like something out of the Middle Ages. Where’s the Muslim Martin Luther? In search of that reformer, I turned hopefully to another book—Azizah Al-Hibri’s 2015 The Islamic Worldview: Islamic Jurisprudence—An American Muslim Perspective.

A law professor at the University of Richmond, Al-Hibri launched her project to adapt Islamic sharia law to the American context. She dips back into Islamic history and makes several bold claims regarding Islam’s earliest history with democracy. She suggests Islam can be expressed in a democracy—even best expressed that way. Al-Hibri even describes Medina, the birthplace of the Islamic umma (community), as a budding democracy. And she claims Muhammad had the foresight to lay out some basic democratic principles. For example, he established a community charter and his own election to leadership. Al-Hibri asserts he also left room for flexibility in sharia law so it might still apply as the faithful grew in number and diversity of cultural expression.

Al-Hibri’s effort returned my mind to Qureshi’s book. He convincingly paints a different picture of early Islam than Al-Hibri, observing that it’s not a reformation we wish for after all. In fact, what we’re watching on our TV screens is the Islamic reformation. Qureshi writes:

As Americans, we don’t want an Islamic reformation; we want Islamic progressivism. Al-Hibri isn’t a reformer. She’s a progressive following in the traditions of the many Islamic jurists who’ve gone before her, searching her religious history for incidental threads that may be adapted to their various contexts.

As I read through Al-Hibri and other Islamic progressives, to which many Americans look to “reign in” those extremists, I can’t help but sense I’ve lost my way.

First, for progressive Islamic thought to make a difference for us, Muslims would have to agree with it. My time in the Middle East squashed most of my hope for that outcome.

Second, who am I, a committed Christian, to be advocating for any brand of a religion not my own?

And last, the Muslim Martin Luther would only arise if he were actually in a relationship with God through Christ. Islam is man-made legalism. Philosophize, theologize, and restructure Islam however you will, but it will never lead to freedom.

When I cheered on Al-Hibri, I did so as an American who wants extreme Muslims to stop trying to kill us, not as a Christian willing to die to demonstrate the sacrificial love of my Savior.

‘The Things that Make for Peace’

Discussing Islam is a minefield of possible offenses and objections. And though it’s impossible to nuance every statement in a way that appeases all, Answering Jihad manages to establish profoundly helpful parameters for discussing an otherwise inflammatory topic. He does so by defining his terms clearly, engaging opposition honestly, and expressing charity.

We would be wise to adopt Qureshi’s approach through becoming informed about Islamic history, faith, and practice while maintaining a humble heart of love for our fellow image-bearers.

As our nation navigates this difficult path with our neighbors, the church ought to adopt Jesus’s own heart for his fellow Jews: