A few years ago when our conservative evangelical Presbyterian church moved into a new building, I lobbied my pastor-husband to have the sign painted with the words: “All Are Welcome.” He was sympathetic but ultimately unwilling. “People will think we’re Unitarians,” he said. I sighed. He was right. But it saddened me—saddens me still—that somehow the liberal church got the copyright on that slogan.

I felt similarly wistful when I picked up Nadia Bolz-Weber’s bestselling new book, Accidental Saints: Finding God in All the Wrong People. In it Bolz-Weber, an ELCA Lutheran pastor, celebrates the diverse people who have wandered into her Denver church and found fellowship there. I read the book with a few nods—yes, my church has people like that, too. And I read with more than a few sighs—why are stories of welcoming the outcast generally acknowledged as the exclusive property of mainline Christianity?

Let me be clear from the start: there are seriously offensive things about Accidental Saints. I’m not going to spend time critiquing Bolz-Weber’s ministerial credentials, her prolific use of four-letter words, her salute to homosexuality, or her irreverent—even blasphemous—tone. Given these things, many potential readers would be wise to never open Accidental Saints at all.

In this review, though, I want to engage Bolz-Weber’s central message: the church is a place of love and grace for all kinds of people weighed down by sin.

Using the framework of the liturgical calendar, Accidental Saints recounts a year of compellingly told and starkly honest stories: the awkward, suicidal middle-aged man with bad breath; the self-harming teen girl hiding behind electric pink bangs; the emotionally fragile woman who nevertheless daily supports a dying paraplegic; the drag queen who drags his agnostic boyfriend to church. This collection of real-life characters demonstrates what Bolz-Weber asserted in an interview: “the church is for losers.” And Accidental Saints is her gritty love song to the church. (Whether Bolz-Weber should have clothed the unpresentable parts with greater modesty is a recurring question I had while reading. Her decision to publicly detail the weaknesses of church members—published for the world to read—often seemed unloving and perhaps even exploitive.)

This community of “losers” then becomes the book’s lens to talk about sin and grace. In its recent profile of Bolz-Weber, The Atlantic called her “old school” and “surprising” because she talks a lot about sin. She does. She reveals her own sin alongside everyone else’s, stares unblinkingly at the relational disasters caused by sin, and extols the value of both corporate and private confession. 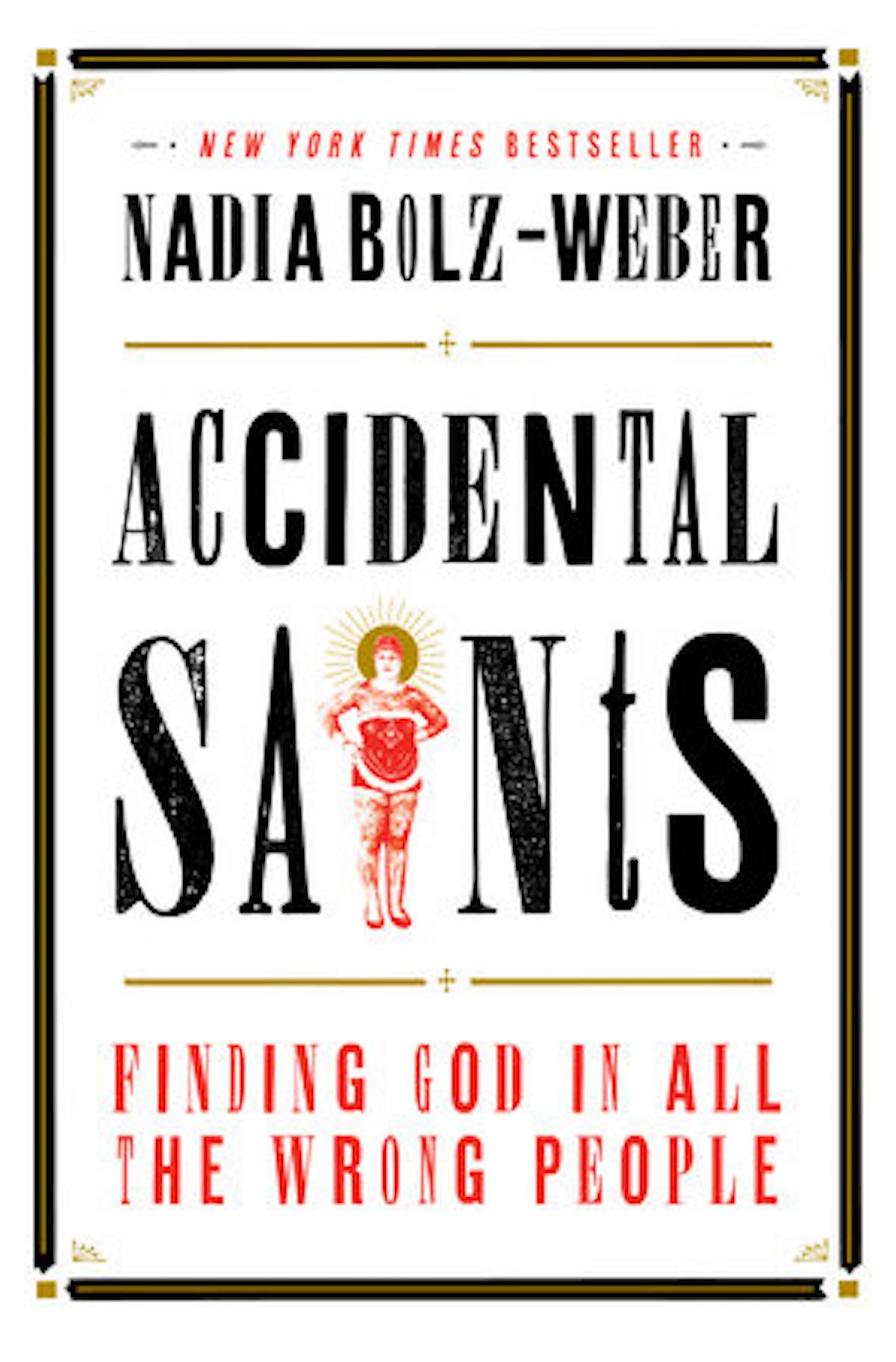 Accidental Saints: Finding God in All the Wrong People

Accidental Saints: Finding God in All the Wrong People

But in Bolz-Weber’s definition, sin is “just the state of human brokenness in which what we say and do causes these sometimes tiny and sometimes monstrous fractures in our earth, in ourselves, in those we love, and sometimes even in our own bodies” (130–131). She denies God’s wrath against wickedness and the certainty of his final judgment (55, 130), declaring instead: “We aren’t punished for our sins as much as we are punished by our sins” (130).

Bolz-Weber identifies with sinners and laments sin, but she demonstrates little understanding of what’s wrong with either. In Accidental Saints, sinners are neither transgressors of God’s law nor rebels against his character and glory. They’re just otherwise good people who sometimes hurt each other badly.

Bolz-Weber’s fuzziness about sin then leads her to be fuzzy about grace.

She talks a lot about grace. She talks a lot about Jesus and a lot about forgiveness but little about why the one has anything to do with the other. She has no patience for “trying to ‘get right with God’” (140). She baldly denies substitutionary atonement—in which Christ on the cross satisfied divine justice and paid the penalty due for our sin—and says instead that “Jesus takes our crap and exchanges it for his blessedness” (18). Her “blessed exchange” may be true as far as it goes, but it still leaves unanswered the all-important question: Why did Jesus have to die?

Bolz-Weber wants people to practice love and forgiveness. That is great. But her empty theology strips those actions of their substance and source. If Christ did not accomplish reconciliation—if he did not actually bear our sins and actually break down the dividing wall of hostility in his flesh—then telling people to forgive and be forgiven is simply another kind of legalism that offers no real grace at all.

All Are Welcome. Really.

In the end, Accidental Saints confirmed my suspicions. Welcome in the church can never be the trademark territory of liberal theology. True welcome is actually something much more radical.

For one thing, the problem of sin is so much worse and so much more inclusive than Bolz-Weber suspects. She has no difficulty seeing drunk drivers and racists and drug addicts as sinners—their sins have obviously caused harm to themselves and others. But she would, I suspect, have more trouble identifying little children and sweet old ladies that way—their sins being chiefly that of failure to worship and submit to their Creator.

Come. All of you.

Megan Hill is a pastor’s wife living in Massachusetts and an editor for The Gospel Coalition. She is the author of several books, including: Partners in the Gospel: 50 Meditations for Pastors’ and Elders’ Wives (P&R, April 2021) and A Place to Belong: Learning to Love the Local Church (Crossway, May 2020). She belongs to West Springfield Covenant Community Church (PCA). You can follow her on Twitter or Instagram.

3 5 Encouragements for Women in Midlife