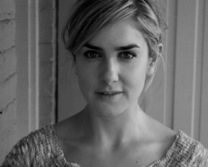 Yesterday, I posted a review of Gina Welch’s book, In the Land of Believers: An Outsider’s Extraordinary Journey into the Heart of the Evangelical Church. Today, I’m glad to have the opportunity to post a Q&A with Gina.

Trevin Wax: Have you ever doubted your doubts about God? You describe moments at Thomas Road in which you considered living as a Christian the rest of your life. Did you doubt your atheism? Does Christianity seem plausible at all?

Gina Welch: I’ve examined my doubts about God, but my doubts always seem more authentically reasonable than the calculus of Christianity, or the emotional intoxication I experienced at church. My moments of wanting Christianity to be true were in part born from a reluctance to leave church and begin the process of accounting for my deception, and in part because there were features of the evangelical message that I wished were true.

Trevin Wax: What are the aspects of evangelical Christianity at Thomas Road that you found attractive?

Trevin Wax: Do you still maintain close relationships with some of the friends you made there?

Gina Welch: It’s difficult to be close given the geographical distance, given the weight of my deceptions, given the fact that I’ve stolen their narratives for my book, refracting them through a nonbeliever’s prism. But I’m lucky to exchange messages with people from church and I have plans to get together with a couple of them in the coming months.

Trevin Wax: Have you read any substantive defenses of Christianity besides C.S. Lewis’ Mere Christianity? (I’m thinking specifically of a book like Tim Keller’s The Reason for God).

Gina Welch: I haven’t read Tim Keller’s The Reason for God, and I’m open to it, but investigating Christianity’s truth is sort of not the project of my book. I leave theological argumentation to other writers.

My interest was in understanding the psychological architecture behind evangelical Christianity in a way that might make it easier to relate to, in order to promote mutual understanding. I think evangelical Christians have got to accept that some people are always going to be nonbelievers and vice versa, and we’ve got to figure out how to coexist and be respect each other’s ideas even while we disagree.

Also, my experience with believers tells me that belief in God isn’t a result of reasoning, that most people come to belief because they inherited it or because they had a profound emotional experience that made God seem real. In the evangelism class I took at Thomas Road, we learned that the precondition for talking to someone about the Gospel was the question, “Do you believe in God and the Bible?” The script assumed the answer would be yes. If the answer was no, you simply walked away. We were armed with arguments for Christianity, but not for God.

Trevin Wax: Did your time at Thomas Road help you better understand where conservative evangelicals are coming from on political issues like abortion, marriage, etc.?

Gina Welch: I would phrase it differently. To understand where someone’s “coming from” means to me that you relate to the merits of their arguments. I’d say I better understand why conservative evangelical Christians hold certain political positions.

Half of marriages end in divorce, and the average marriage lasts around seven years. Yes, the institution is in deep trouble. But I’d argue this has much to do with our casual attitude about marriage–the emphasis on being a beautiful bride with toned arms and having a perfect wedding with vows and flowers and food that everyone will remember, and the comparatively low interest in the content of sustained married life. I think it has nothing to do with committed gay and lesbian couples who just want to express their love and dedication to each other and to enjoy the rights that married heterosexual couples get to enjoy.

Abortion is an issue I feel a little hopeless about in terms of finding common ground. I believe that a woman has dominion over her own body and has the right to terminate an unwanted pregnancy. I also believe abortion should be rare, and I think comprehensive sex education is an important part of reducing its incidence. Conservative evangelical Christians believe abortion is murder. Where’s the middle ground?

Part of the problem in discussing this issue is that both sides caricature each other’s arguments. People advocating for choice need to acknowledge that it is difficult to determine when a cluster of cells becomes a sentient being. And do people who call themselves pro-life really believe that those of us who believe in a woman’s right to choose oppose life, or support the idea of abortion as birth control?

Trevin Wax: You write that at Thomas Road there was a clear subordination of the mind to the heart. Do you find this to be helpful or harmful to evangelical witness?

Gina Welch: Well, I think it benefits the evangelizer to preempt unanswerable questions. But I think there’s dangerous fallout from surrendering logic and intellectual analysis to the undertow of how something feels.

Trevin Wax: Have you communicated with anyone in leadership at Thomas Road since your book came out? If so, what’s that been like? Have you talked any more with Rick Warren?

Gina Welch: I’ve communicated warmly with one of the pastors at Thomas Road, but not with anyone in the Falwell family. I’d like to! I’ve been getting lots of really interesting, thoughtful emails from evangelical pastors all over the country, and I’m cheered by the suggestion that dialogue is possible. Rick Warren and I follow each other on Twitter, so he knows when I eat a moldy blackberry and I know what he has to say about blessings, but there hasn’t been any more direct conversation yet.

Trevin Wax: Have you considered visiting other evangelical churches in order to see the diversity within evangelicalism as a whole? Josh Harris at Covenant Life near D.C. perhaps or Redeemer Presbyterian in NYC, etc.

Gina Welch: I’d be open to doing something like that when publicity for the book settles down. Josh Harris kindly sent me a copy of his book Dug Down Deep, and I have read a lot about Redeemer Presbyterian (I even wrote a blog post about Tim Keller for True/Slant!). Since the book came out, however, I haven’t even had time to keep up with my flossing.

Erik Raymond
He Is Not Ashamed
How to Get More Out of Church
Recent Reads: April & May
Thomas Kidd
Is the Declaration of Independence a Christian Document?
The ‘Jefferson Bible’ and a Founder’s Skepticism
What ‘Deist’ Meant to Thomas Jefferson
Melissa Kruger
Sneak Peek Interview: Lindsey Carlson’s New Book
Sneak Peek Interview: Ann Swindell
Sneak Peek Interview: Hannah Nation
Justin Taylor
Chuck Colson: A Life Redeemed
What Mother Teresa Told the Supreme Court: “Your Decision in Roe v. Wade Has Deformed a Great Nation”
How Are We Doing on This, Evangelicals?
LOAD MORE
Loading