Longtime readers of my column at TGC know that at the end of every year I select my “ten favorite reads.” Looking ahead, I don’t know how I will limit my list to ten this year, so I’d like to share some early recommendations.

Here are some books I am currently reading or have recently finished.

Bob Spitz is an incredible biographer. His book on The Beatles m 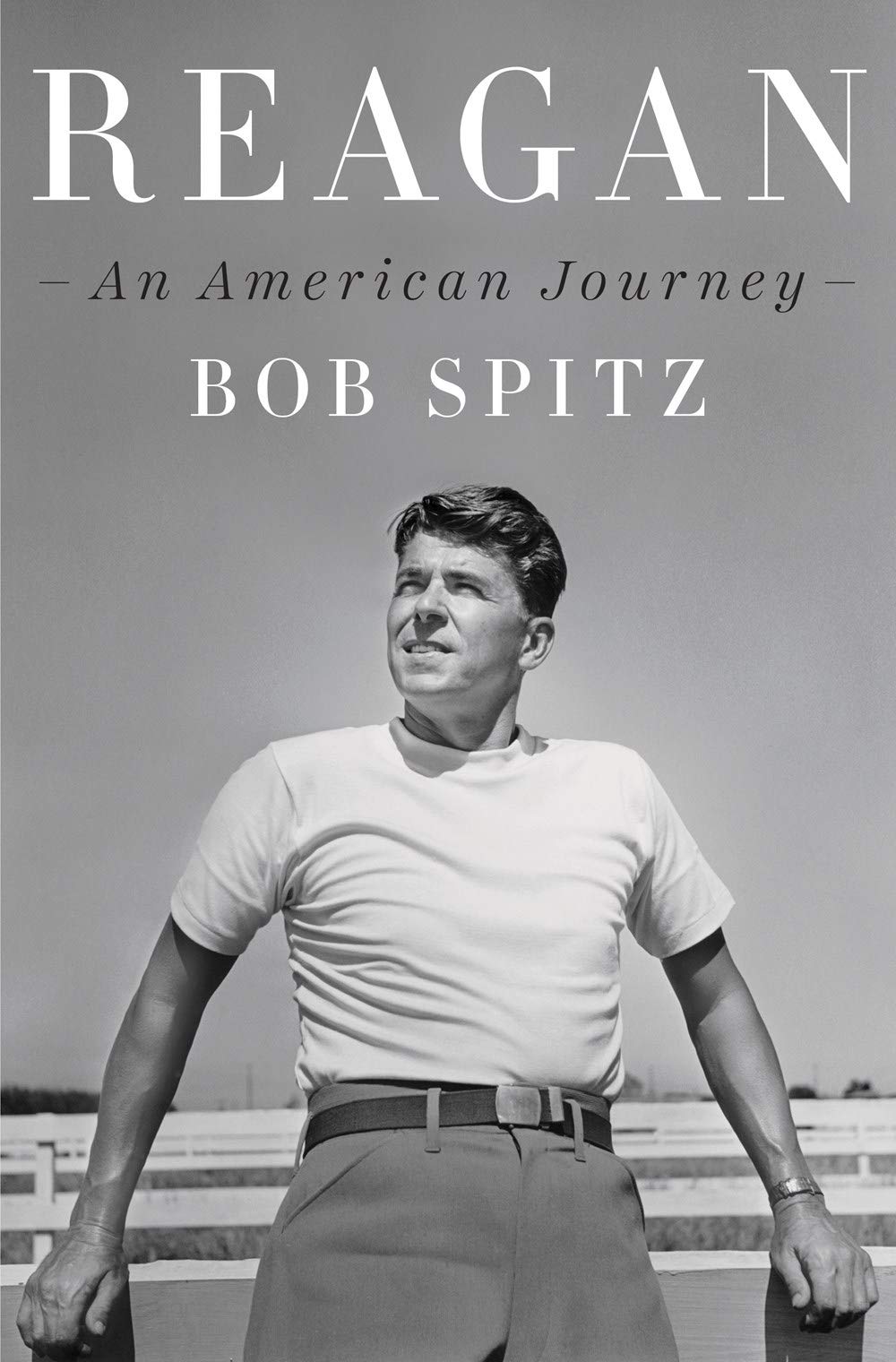 ade my top ten list a few years ago. When I saw that he had just written a biography of Ronald Reagan, I bought it immediately. I wasn’t disappointed. To be fair, it’s hard to make Reagan’s life story boring when you’re covering a rough childhood, a Hollywood career, a governor’s life, and then the presidency. But Spitz’s account captivated me from start to finish, keeping me up later than usual on several tired evenings. 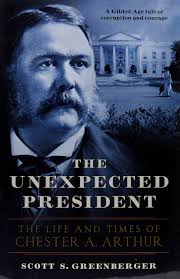 Speaking of presidents, here’s one of the more forgettable ones: Chester Arthur. He was a compromise choice for vice president and made it to the White House only after President James Garfield’s doctors botched their treatment of his wound from an assassin’s bullet. Arthur’s story isn’t as interesting as Reagan’s (civil-service reform was his lasting accomplishment), but Scott Greenberger’s The Unexpected President explores Arthur’s relationship to Julia Sand, a woman who through her letters influenced the development of his character and thus his presidency. The Sand-to-Arthur correspondence is a little-known but striking story in itself. 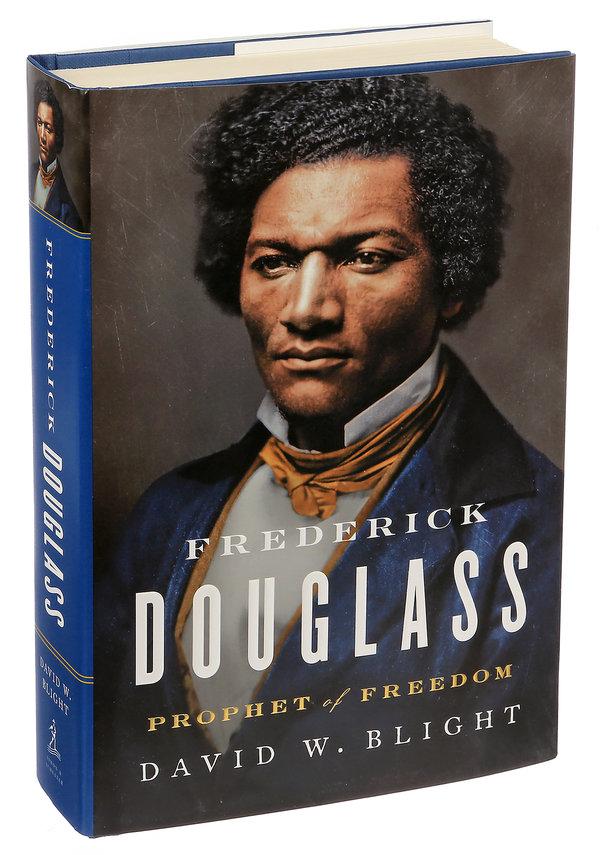 Another biography worth your attention is the new one from David Blight on Frederick Douglass. The “wow” factor lies in the beauty of its presentation: the vivid colorful portrait on the cover, an interior design that warmly invites the serious reader and provides in-line photographs, plus the roughened edges of the paper. I am still early into this one but enjoying every minute of it. 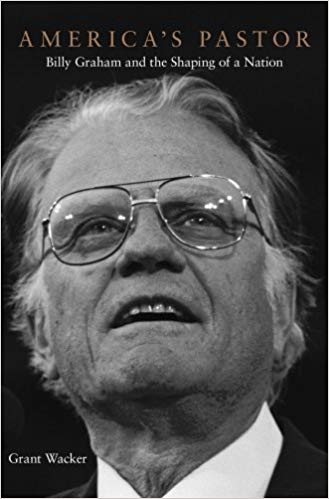 Grant Wacker’s book on Billy Graham, America’s Pastor, isn’t strictly a biography but rather an exploration of different aspects of Graham’s life and legacy—his role as an entrepreneur, evangelist, pastor, patriarch, and so on. Wacker is sympathetic to Graham and his aims, but his assessment is critical at various points (though often in agreement with Graham’s own late-in-life assessment of his earlier choices). 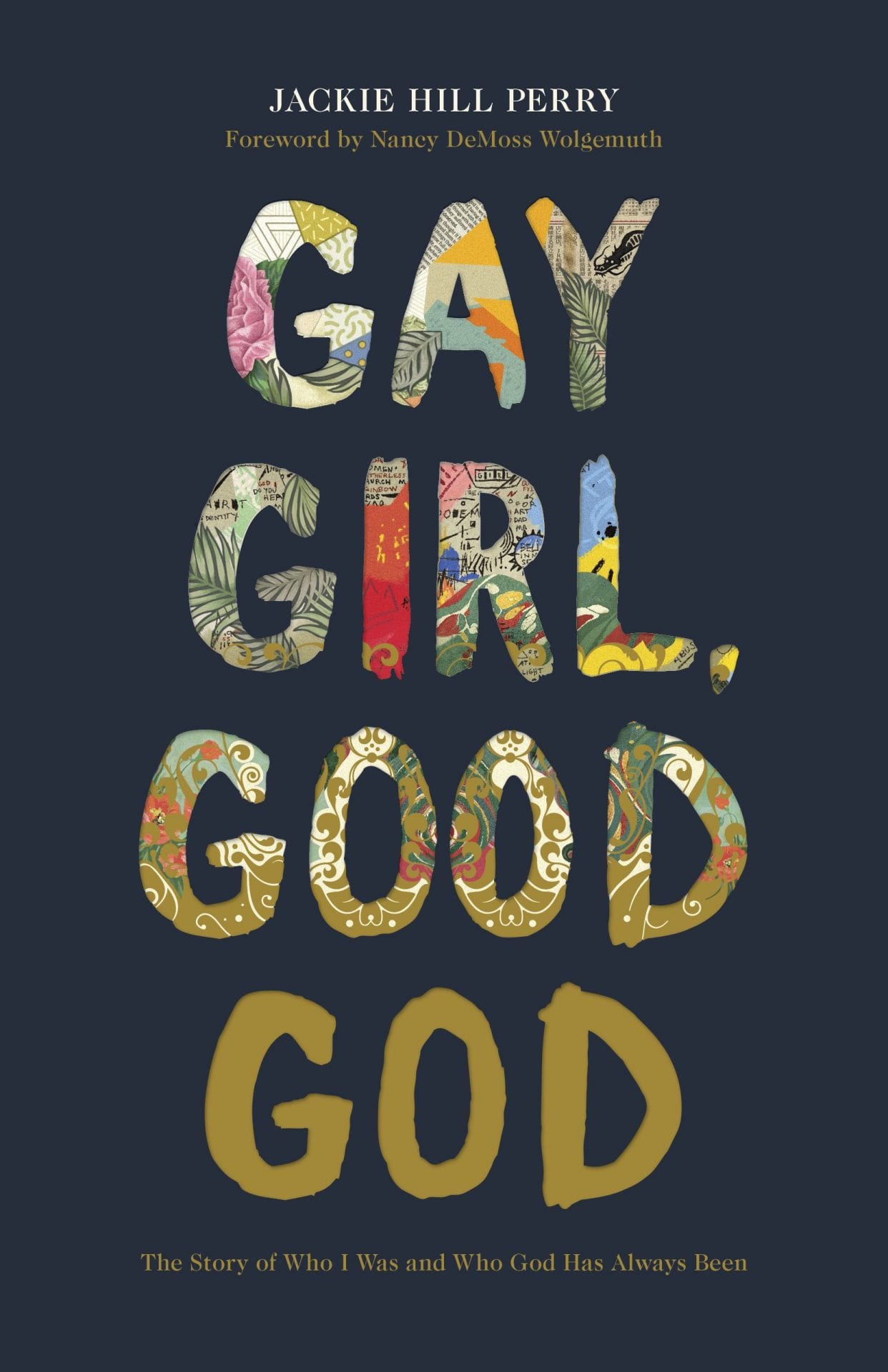 Jackie Hill Perry’s memoir, Gay Girl, Good God, packs a punch, as it tells a story of spiritual and moral transformation that many in the world believe to be impossible. She recounts the faithfulness of God in her life with the same kind of artistic touch evident in her poetry. 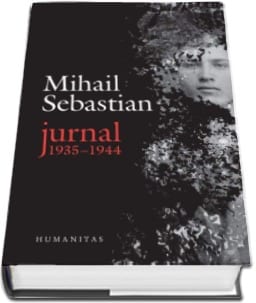 Mihail Sebastian’s Journal: 1935-44 The Fascist Years is a firsthand account from a Romanian Jew whose brief life and career was notable for his plays and novels. I’ve read about halfway through it (to 1941), and so far I’ve enjoyed a glimpse into his writing process, which describes the challenges he, like all writers, must overcome. What stands out most is the haunting descent of Sebastian’s literary colleagues and close friends into the fascism and anti-Semitism of the times. The book documents the deterioration of Romanian elite society through the eyes of one individual’s friendships with key thinkers and writers of the day. Good news for those interested in reading this book but not in Romanian: an English translation is available. 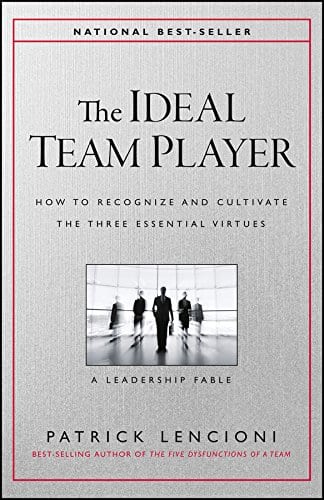 Like The Five Dysfunctions of a Team, Patrick Lencioni’s The Ideal Team Player starts with a fictional narrative and then moves to principles. The newer book focuses on characteristic virtues of effective team members: hungry, humble, and smart (with the latter defined as emotional and relational intelligence, not one’s intellectual IQ). This book will influence the way I conduct job interviews and assessments from this point on. 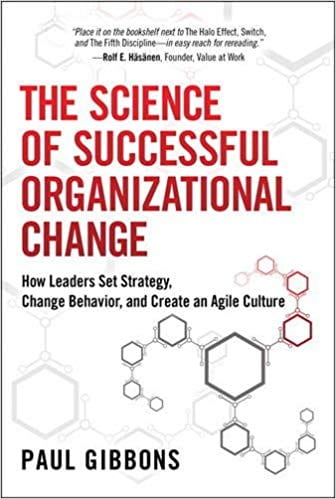 I am almost finished with Paul Gibbons’s book The Science of Successful Organizational Change. This one isn’t as fast or enjoyable a read as Lencioni’s, but Gibbons points out flaws in “pop leadership” books, where the scientific research doesn’t back up a lot of the slogans or ideas that pass for leadership “common sense.” 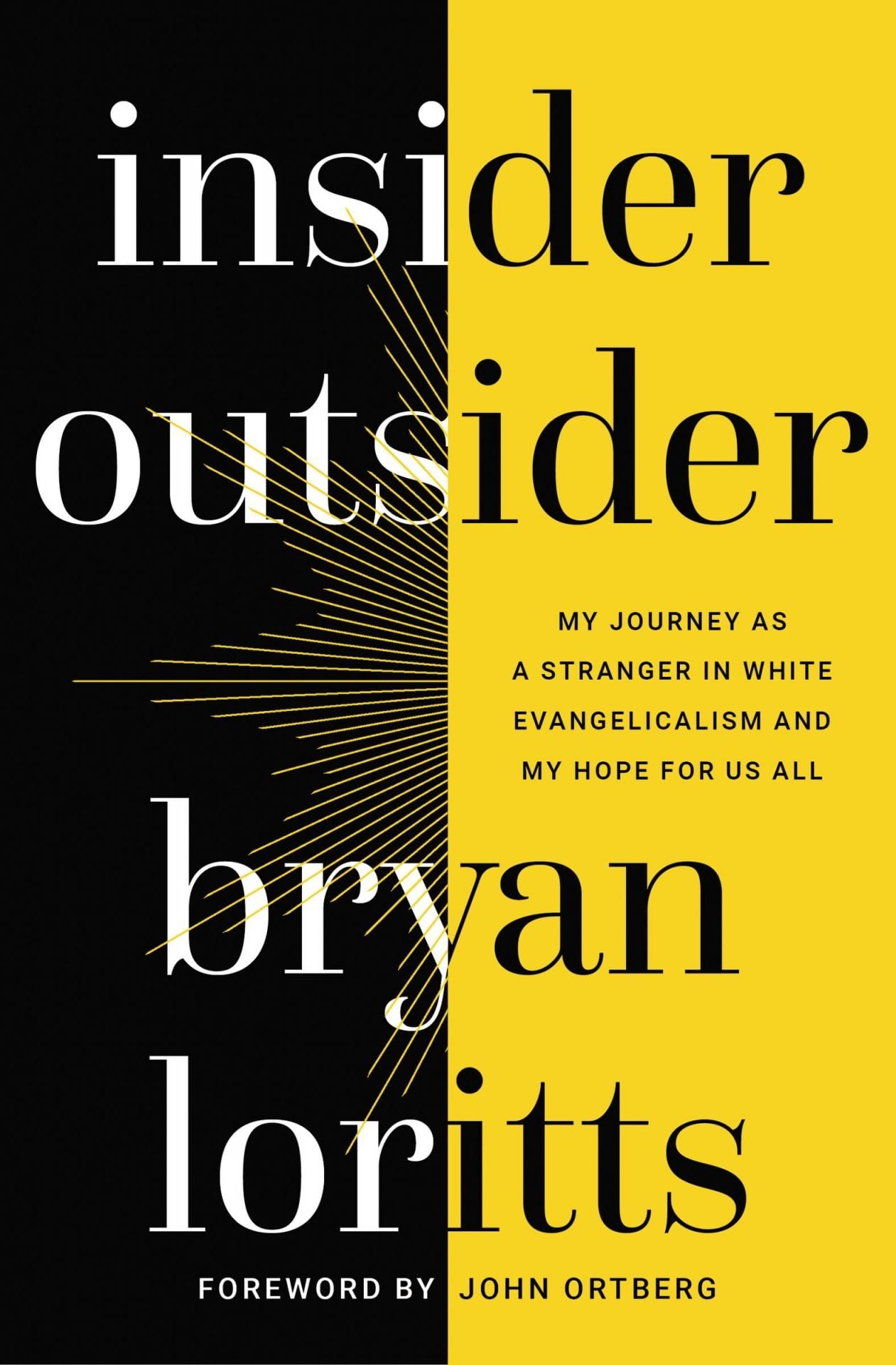 In the church leadership space, I recommend Bryan Loritts’s Right Color, Wrong Culture, which follows the Lencioni approach of telling a story and then discussing the principles on view in the narrative. His newest book, Insider Outsider, offers a personal account of how he has navigated predominantly white evangelical churches and institutions. This is a book that will make you uncomfortable, but in all the right ways, similar to Edward Gilbreath’s Reconciliation Blues, while maintaining the hope that evangelicals will make progress in these areas. 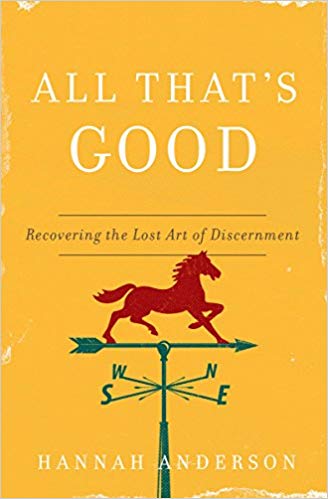 Hannah Anderson’s writing sparkles with creativity and insight. I’m halfway through her new book on discernment, All That’s Good, and I love the approach she is taking—the linking of discernment to goodness: not merely the spotting of error of wrong, but the celebration and pursuit of what is right. 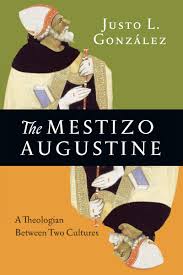 I’ve enjoyed this brief biography from Justo Gonzales: The Mestizo Augustine (finally in English!). His placement of Augustine as a theologian in between two cultures (Roman and African) illuminates aspects of Augustine’s life and thought. Most interesting is the case he makes that Augustine leaned on his Roman understanding of authority to counter the Donatists, but leaned on his Punic background to counter the Pelagians. Through this analysis, Gonzales wants us to see on how Christians with mixed backgrounds and heritage in our day can aid the church as we seek to live as citizens of another kingdom. 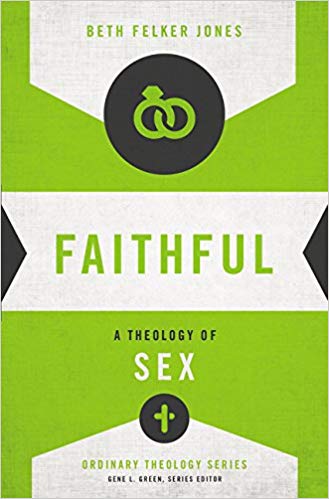 Beth Felker Jones’s Faithful: A Theology of Sex is a worthy addition to the “Ordinary Theology” series. I’ve gone back multiple times to Vince Bacote’s The Political Disciple (part of the same series) as a concise and helpful reference since I read it a few years ago. Jones’s contribution is similar: brief, well-written, and accessible.

Jared C. Wilson
Sometimes People Just Don’t Believe
The Good News of Christ’s Ascension
Reflections on My First Year of Teaching Seminary
Ray Ortlund
How to get through this stronger than ever
You can sing Romans 8
Church Conflict 101
Scotty Smith
Gentle Me, Jesus
Apologizing Without “Buts”
A Gushing Fire Hydrant of Grace
Kevin DeYoung
Revelation, Coronavirus, and the Mark of the Beast: How Should Christians Read the Bible’s Most Fascinating Book? (Part 1)
Theological Primer: The Ascension
Life and Books and Everything
LOAD MORE
Loading