The past couple of months have afforded the United States ample opportunity to discuss “race” and “racism.” Most of the opportunities surfaced in response to significant and problematic events in the country’s life. Cheerios found itself harangued and harassed by viewers who objected to an adorable commercial featuring an “interracial” couple. Czarina of Southern cuisine, Paula Dean, touched off a firestorm with racially derogatory comments. And most recently, the Zimmerman verdict has elicited a range of emotional responses from people on every “side” of the issue. Even from the distance of the Cayman Islands, it feels as if we’ve been swimming in a vortex of racial confusion, despair, hostility, protest, grief, and anger.

Not surprisingly some people have turned from their initial reaction to now ask tactical questions: What next? What solution? How…?

That’s an appropriate, if daunting, turn. There are no easy solutions. Even the President, in his excellent personal reflections on the Martin-Zimmerman situation, struggled to put forth decisive next steps. He’ll have the brightest people in the world at his disposal. Yet, he’ll have little more wisdom than you and me. That’s why I think President Obama was absolutely correct to offer a friendly word of caution when it comes to forums on “race.”

And then, finally, I think it’s going to be important for all of us to do some soul-searching.  There has been talk about should we convene a conversation on race.  I haven’t seen that be particularly productive when politicians try to organize conversations.  They end up being stilted and politicized, and folks are locked into the positions they already have.  On the other hand, in families and churches and workplaces, there’s the possibility that people are a little bit more honest, and at least you ask yourself your own questions about, am I wringing as much bias out of myself as I can?  Am I judging people as much as I can, based on not the color of their skin, but the content of their character?  That would, I think, be an appropriate exercise in the wake of this tragedy. (Full text and video)

I think the President nailed so many things in his off-the-cuff and sober reflections. I agree with President Obama about the potentially “stilted and politicized” nature of many discussions that further lock people “into the positions they already have.” So many conversations simply reify our prejudice. I’m convinced that we can do little more than retrench ourselves if we have these conversations assuming “race” is a meaningful or at least natural social construct. In other words, we’re stilted and make so little progress because the very idea of “race” keeps us locked into scripts of division, hurts, mistrust, suspicion, power, privilege, and alienation. If we keep doing the same things we’ve always done, we’ll keep getting the same results. We’re insane if we think otherwise.

That’s why I’m concerned about the President’s recommendation that this conversation be delegated to the local church. I realize that many will think that a good recommendation. After all, the church has the gospel. Where else will we see reconciliation worked out?

But has the local church modeled the reconciled life where you live? I suspect that in most communities we’d have to say, “No.” If I had to judge by the comments left in posts on this blog, I’d have to say that even among Christians purportedly holding the same theological convictions, “race” seems to upset our happy little theological carts. We witness—not to Christ—but to our “racial” groups and their perceived interests. There’s a significant gap between what Christ achieved in our reconciliation (1 Cor. 12:12-13) and what the church lives out (1 Cor. 1:10-12). When it comes to “race,” most all of our local churches resemble Corinth more than Ephesus (Eph. 2:11-22).

In fact, a simple scan of the blog world on the question of the church and “race” reveals that just as many folks believe the church has failed on this issue as believe the church needs to do something on this issue. A person can hold both notions without contradiction. But it raises a question: What makes us think the leaders and people of local churches are any more competent to host this discussion than the leaders and people of the world? Are we any more effective? 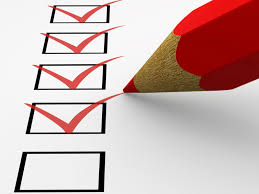 Personally, I don’t think most Christian leaders are equipped to lead these discussions. That’s not to say they shouldn’t attempt to do so. That, of course, must be left up to local elders and pastors. But before you lead your entire church into conversations about “race” and “racism,” it might be helpful to run through a diagnostic self-check. Here are a few that come to mind for me:

Check your motive: Are you really zealous about “race” and “racism” or do you feel guilted or embarrassed into discussion? If the latter, you won’t last and will likely find yourself worse off after attempting to speak or host a forum. If the former, then be sure to couple your zeal with knowledge. Few people are more destructive than those who have great burning passion but little prayerful, informed knowledge about these issues. Maybe the best place to start isn’t discussion but listening and reading.

Check your strategy: Open forums promise much and deliver little. People may need a forum at some point. But people always need to be shepherded on this. Think long and hard about whether an open forum really provides the best shepherding. Will you host town halls, preach a sermon or series, start book clubs and discussion groups? How will you broker conversation? Who will lead these conversations? Does your strategy help or hinder your main responsibility to shepherd the people of God? Before you act, give some time to thinking through your overall strategy.

Check your goal: What do you want to achieve with a discussion? Is it understanding? Unity? Empathy? Reconciliation? If you’re not clear on the goal, you’re not ready to talk. One person or group of persons may only expect a hearing, or an opportunity to vent. Some others may expect the conversation to be two-way with some give and take. Another person or group of persons may expect a “solution” or “fix” to be implemented. Being clear on the goal helps you set realistic expectations. Otherwise, the competing expectations will either undermine the discussion or set you up for failure.

Check your timeline: Are you rushing, or are you procrastinating? Rushing into a poorly conceived conversation could be worse than not having the conversation at all. Procrastinating in the face of significant need may be cowardice and neglect. Elders need to prayerfully set the pace of the conversation. And we need to ask, “Are we prepared to commit to a long-term series of conversations in various settings in order to [state your goal]?” This will take time and lots of energy.

Check your terms: Are you talking about “race” and “racism,” or are you talking about the specifics of the Zimmerman case? Those are not necessarily the same discussion. One may provide opportunity for the other, but they’re not coterminous. And do you have a clear enough set of definitions to help people talk about the same things in the same way? Nothing can be quite as frustrating and divisive than two groups of people both saying “racism” and meaning wildly different things. Well, perhaps one thing could be more frustrating and divisive: Two groups of people both using the term “racism” and meaning wildly different things and telling the other side they’re racist for not holding their definition. If you don’t understand the terms, their underlying concepts and their use, you probably don’t want to broker an open forum on the subject. Start smaller. Work slower.

Check your theology: What do you believe the Bible teaches about the nature of humanity, especially as it relates to “race”? Will you simply accept the common concepts—though, actually, we don’t all mean the same thing when we use the same words? Or, will you attempt to give your people a new, more biblical way of thinking and speaking about our humanity? Will you deconstruct the myth of “race” or watch it deconstruct your church? Do you have a robust enough theology of the cross, reconciliation in Christ, union with Christ and the new humanity to battle with fallen, sinful notions of “race”?

Check your feelings: Don’t think you can have a conversation without heat—from everybody. Everybody has a “race” story or a “racist” incident in their past—either suffering because of “racism” or being accused of committing it. Many people underestimate how emotionally charged and personally loaded these conversations are. As a consequence, they’re unprepared and then discouraged when emotional flares shoot up. Then, worse, some people start to say things like, “Let’s not get emotional”—as if emotion is the same as irrational, and as if they are the detached rational ones. When that happens you’re seconds from becoming the next Pompeii.

Check your competence: Are you and your leadership team really equipped to lead this discussion? Have you done your homework, reading the literature and listening to your people? Do you know other resource persons who may be better equipped that you can consult or bring in? Being a pastor doesn’t make us equipped to talk about everything. Sometimes we need enough humility to stop long enough to ask, “Can I really serve my people well on this topic?” If not, tell your people this topic may need to be addressed in the future and ask them to pray for the leadership as you think and prepare.

Nothing can become as divisive and toxic as “race” and “racism.” This topic was mixed in the darkest alchemy of hell. It’s insidious. Serpentine. Hear the “hiss” in these words before you start this conversation. Be courageous. Follow the Lord. But count the costs before you go to battle.

Kevin DeYoung
A New (Old) Blog
Life and Books and Everything: American History and the Historian’s Task with Wilfred McClay
Life and Books and Everything: What’s Going Right in the Church?
Trevin Wax
Introducing the ‘Reconstructing Faith’ Podcast
Progressive Views on Sexuality Will Ultimately Fail
Don’t Let ‘Discernment’ Give Doctrine a Bad Name
Erik Raymond
He Is Not Ashamed
How to Get More Out of Church
Recent Reads: April & May
Thomas Kidd
From ‘Wretched’ to ‘Needy’: Changing a Classic Hymn
Christianity, Warfare, and American National Identity: An Interview with Benjamin Wetzel
Is the Declaration of Independence a Christian Document?
LOAD MORE
Loading