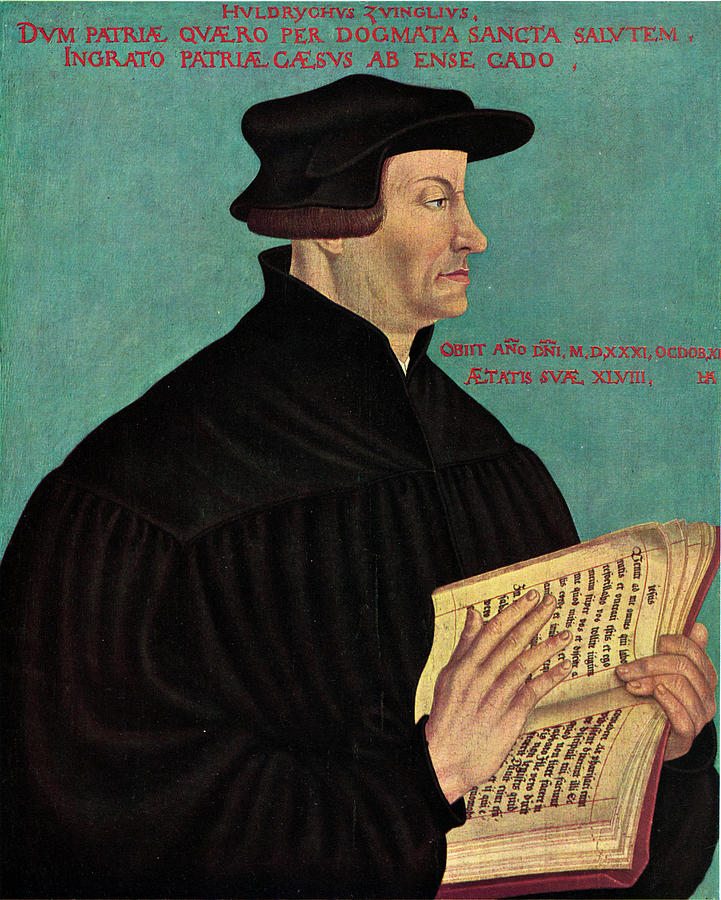 Led by Zwingli, the church in Zurich studied the Old Testament at a level of care which will doubtless amaze us today but which was certainly an evidence of the power of the Spirit in their midst.  A contemporary account paints the picture:

“This gathering began with intercessions.  Uniting in common forms of prayers, they supplicated the almighty and merciful God, whose word is a lantern unto our feet and a light unto our paths, to open and enlighten our mind, that we might understand his oracles purely and holily, and be transformed into that which we had rightly understood, and that in this we might in no way displease his majesty, through Christ our Lord.

After prayers, a very young man, a scholar of the church, read over side by side with the Vulgate, which they call Jerome’s version, that passage at which they had, in the due progress of exegesis, arrived for discussion.  It should be said that persons of good and promising intelligence are supported by a payment from the ecclesiastical chest and educated in arts, languages and sacred literature, that they may one day repay the church by whom they are supported and be of the greatest service in the sacred offices . . . .

When the young man who had read in Latin the passage which came up for discussion, a Hebrew reader rose and repeated the passage in Hebrew, occasionally pointing out the idioms and peculiarities of the language, sometimes giving a rendering of the sense, sometimes translating word for word, and moreover reading the comments of the Grammarians and Rabbis. . . .

The Greek reader followed the Hebrew.  He ran through the Septuagint, or whatever Greek translation it might be, compared it with the Hebrew and showed how far it differed from it.  Sometimes too he emended it, and always fixed his attention on it with unflagging carefulness.  Zwingli himself discharged this office as long as he lived. . . .

The words which had now been read in Latin, in Greek and in Hebrew were enunciated with the utmost conscientiousness and complete good faith.  He showed how the present passage had been treated by the old writers, what the Jewish commentators had thought about it, and what the Catholic.  He taught what it had in common with the sacred literature, the putting together, coherence and force of the words, the sublimity and high morality of their meanings, the strength of substance and delicacy of style to which everything must be referred — in short, he expounded the real meaning and also the profit and use of this passage and how a lesson in faith, devotion, piety, justice and loyalty might be learned from it.”

Brothers together in Christ

Trevin Wax
Time Away
Trevin’s Seven
Theological Triage in the 21st Century
Erik Raymond
Jesus Doesn’t Keep the Receipt
How Does God Hide His Face from Us?
Recent Reads April 2020
Kevin DeYoung
Faith Seeking Understanding: Thinking Theologically About Racial Tensions
With Liberty and Justice for All
It’s Time for a New Culture War Strategy
Thabiti Anyabwile
A Burden Removed: A Biblical Path for Removing the Racism of Our Forefathers
Missions and Justice
Reparations Are Biblical
LOAD MORE
Loading