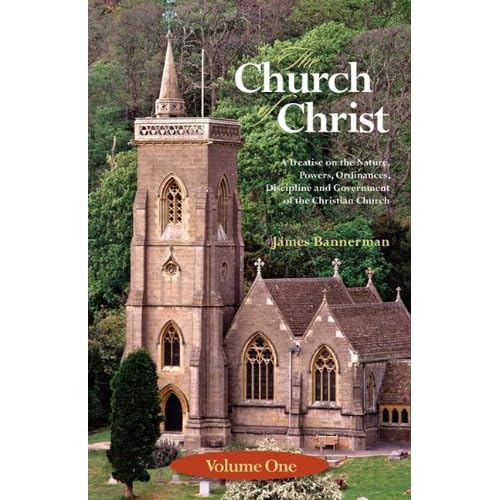 In the past week I’ve started reading The Church of Christ by James Bannerman (1807-68). If you aren’t familiar with the work, you should be. It is a classic treatment of Reformed ecclessiology. With almost a thousand pages in two volumes, there isn’t much Bannerman doesn’t cover. Chapter 7 deals with “the church in its relation to the world.” The chapter sounds remarkably contemporary. I’ll probably say more about the book and this chapter later, but it’s worth highlighting the main points here.

It is deeply interesting, then, to inquire into the place and office assigned to the Church of Christ in the world. What is the peculiar and important work given to the Christian Church to do upon earth. . . .What, then, I ask, is the mission of the Church on the earth, and its office in relation to the world?

In the next chapter, Bannerman allows that the church may work for the betterment of society as a “secondary object,” but this, he argues, is not the primary aim.

The bottom line: Christ works out his purposes on earth by his Spirit and by his Church, and that purpose or mission is “His great work in the conversion and sanctification of His people.” This is the “mighty and mysterious task entrusted” to the Church.

Justin Taylor
A Simple Way to Help One Million Christians in the Global South Get a Copy of Their Own Bible
Listen to Zambian Pastor Conrad Mbewe Narrate the ESV
Christological and Trinitarian Principles and Rules for Exegesis
Erik Raymond
He Is Not Ashamed
How to Get More Out of Church
Recent Reads: April & May
Scotty Smith
It’s Good to Ache, Crave, Yearn for This
Little “a” Advents Between Jesus’ 2 Big Advents
Made for Wonder, Prone to Wander
Thomas Kidd
From ‘Wretched’ to ‘Needy’: Changing a Classic Hymn
Christianity, Warfare, and American National Identity: An Interview with Benjamin Wetzel
Is the Declaration of Independence a Christian Document?
LOAD MORE
Loading