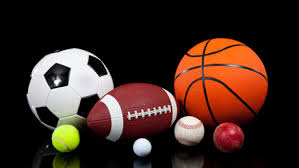 March Madness is upon us. Baseball is just around the corner. The NFL Draft is next month. The NHL and NBA will be thinking playoffs soon. So let’s talk sports.

In every major sport playing your chances of winning are greater at home than on the road. And the percentages are even higher for the elite football (soccer) leagues around the world.

So what’s the big deal about playing at home?

In the fascinating book Scorecasting, Tobias Moskowitz and L. Jon Wertheim make a convincing case that home field advantage is real (see the numbers above, found on p. 112 in the book), but not for the reasons you imagine.

Teams win at home because of crowd support, right?

Wrong (or at least not in the way you think). In order to determine the effect of the crowd on the opposing players, we need to find moments in the game where other factors (e.g., referees, teammates, defenders) are isolated. If supportive crowds (and antagonistic crowds) got into the players psyche, we’d expect there to be a significant difference in, say, free throw shooting. But in over 23,000 NBA games played over the last two decades, Moskowitz and Wertheim found that the visiting team made 75.9% of their free throws and the home team made. . . 75.9% of their free throws (118). Absolutely identical percentages. Similarly, in the 624 games decided by shootouts in the NHL from 2005 to 2009, the home team won 49.4 percent of the games and the visiting team won 50.6 percent. At the moment when you would expect the crowd to play the biggest factor in cheering on their team, home field advantage counts for nothing. Likewise, Moskowitz and Wertheim found that punters kick for the same yards at home as they do on the road and field kickers hit with the same accuracy. In other words, when other factors are turned off and you have just a player with or against the crowd, home field seems to have no effect (122).

Well, then teams win at home because the travel is so brutal on the visiting team.

Wrong again. If this were true we would find a different win percentage for visiting teams playing “same city” games (e.g., Clippers v. Lakers, Cubs v. White Sox, Jets v. Giants). But even when the rigors of travel are eliminated, the home team wins at exactly the same rate at which they normally do (124). Moreover, there is no different in home ice advantage for Canadian hockey teams traveling to the U.S. or vice versa. Moskowitz and Wertheim also note that home field advantage in soccer is the same in small countries like Costa Rica (where the travel is minimal) as it is in large countries like Brazil or the United States where the travel is longer.

I know, home teams win more often because they benefit from a kinder schedule.

That’s partially true. The home court advantage is more pronounced in the NBA in part because when teams leave home they often play three games in four nights and back-to-back games in different cities. Moskowitz and Wertheim estimate that 21% of the home court advantage in the NBA can be attributed to the league’s scheduling (125). This same phenomenon is present in the NHL, but is not a factor in football and baseball. The fact that home ice advantage is not more pronounced in hockey suggests that the gentler home schedule isn’t the reason teams are more likely to win at home. (Note: scheduling plays a huge role in college athletics because powerhouse conferences schedule cupcakes at home at the beginning of the season. Once you take those games out of the equation, the home field advantage looks very similar to their professional counterparts.)

Teams win at home because they are well suited for their stadium and their weather, that’s it right?

Nope. Despite all the hubbub about Florida teams playing in the “frozen tundra,” Moskowitz and Wertheim found that climate is largely irrelevant (131). This doesn’t mean the weather never matters in a particular game–or that travel never matters or fans jeering the free throw shooter never matter. It means that when you compile the date from hundreds and thousands of games, these factors are simply non-factors. Even in baseball, there is little evidence that teams are effectively stacking their rosters with just the right players to take advantage of their stadium’s idiosyncrasies (134).

So how, then, do you explain home field advantage? If it’s not the weather, the stadium, the supportive fans, or the travel–and only a little bit the schedule–what is it? Why do home teams in every major sport win more often than the visiting team?

Are you ready for the answer?

Here it is: “Official bias is the most significant contributor to home field advantage” (138).

To be clear, Moskowitz and Wertheim are not alleging any conspiracy against the visiting team. No one is instructing the referees to favor the home team. In fact, they are most likely unaware they are doing so. But it seems that the human inclination to please others and the propensity to conform, takes a toll on fallible officials. In fact, the evidence demonstrates that official bias increases with the size of the home crowd. The larger and more intense the crowd, the more advantage there is for the home team, especially in sports and in settings which allow for a lot of anxiety and a lot of discretion in decision making (e.g., extra time, yellow cards, personal fouls, end of game situations).

The bottom line: fans matter in sports. Not because the athletes find them so inspiring or so annoying. But because, unbeknownst to themselves, the refs do.

Erik Raymond
He Is Not Ashamed
How to Get More Out of Church
Recent Reads: April & May
Trevin Wax
Progressive Views on Sexuality Will Ultimately Fail
Don’t Let ‘Discernment’ Give Doctrine a Bad Name
The Distressing State of Evangelicals and Theology
Justin Taylor
Fact-Checking Randall Balmer’s Urban Legend on the Real Origin of the Religious Right
Chuck Colson: A Life Redeemed
What Mother Teresa Told the Supreme Court: “Your Decision in Roe v. Wade Has Deformed a Great Nation”
Ray Ortlund
The peace of Christ
Psalm 1, a reverse translation
Happy beyond description
LOAD MORE
Loading