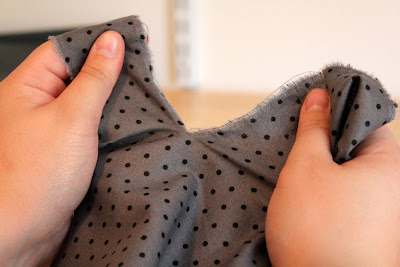 As I intimated in my last post, the journey through a decade of church planting led my congregation and me to reconsider our early bias toward an attractional, seeker-driven model.  I also indicated that this reconsideration led us into an ordinary means of grace paradigm, focused on unadorned, expository preaching, regular celebration of the sacraments, and prayer, as well as the marks of the true Church.

This shift, occurring in the middle of my tenure, caused some radical changes in our life together as a congregation.  What ensued was not a panacea of blissful fellowship and peace.  It was, rather, a period of uprooting and refining that began with bold, unapologetic proclamation of God’s Word.  The remarkable thing was how quickly this first shift began to tear the fabric of our fellowship and complicate our life together.

To explain this, I should mention that we planted in a locale already dominated by our own denominational brand.  We felt we would still be fruitful, since we were ministering in a way that was sufficiently different from other churches in our tradition (contemporary and attractional), and because we were reaching the unchurched.  What we ended up with, however, was an equal mix of three groups:  A) religious people from our tradition, B) formerly religious people from other traditions, and C) formerly irreligious people who converted through our ministry.

The strategic strength (and ecclesiological weakness) of the attractional model was that all three groups heard winsome positives that seemingly affirmed their preferences.  Simultaneously, no group felt confronted with unpleasant limits or boundaries that would offend them or challenge their presuppositions.  In effect, the attractional model allowed us to be fuzzy enough to draw people with a wide variety of spiritual agendas, each one fully expecting that the new congregation would progress into exactly the kind of church he preferred.

In other words, we were a ticking time bomb of agenda disharmony.  One of the ways this attractional ambiguity most crippled us was in the basic elements of our life together.  Our discipleship of new believers, our prayer culture, and our common understanding of the sacraments had been too anemic in the attractional years, and had failed to bring true unity.  We had intended to “major in the majors and minor in the minors,” but instead had merely “agreed on the agreeables and avoided the avoidables.”

Discipleship was our greatest weakness.  In our zeal to attract and retain, we never made time for simple, repeatable, biblical formation of each person’s faith and practice.  The highly religious remained content in their pharisaism, the formerly religious struggled to articulate their newfound convictions, and the formerly irreligious were hungry but helpless without mature mentors.  Our efforts to convert existing small groups into more disciple-producing formats sparked conflict because they chafed against the “fun-and-fellowship-only” bias some had.  In other words, not all of us wanted to grow (at least not in front of one another) and attractional church had somehow legitimized that option.

Similarly, our efforts to pray together struggled to get off the ground.  The attractional model had kept us busy baiting the Sunday morning hook, and very few felt convicted that prayer was the real work of ministry.  We had a committed prayer team who were faithful to invite others, but our disinclination toward longer intercessions in public worship and our weak discipleship habits gave newer converts little opportunity to observe or be formed by public prayer before joining the conversation.  As we peppered more prayer on all levels of life together, there was pushback from some who felt exposed or stretched into discomfort that hadn’t been advertised in our attractional days.

Finally, our understanding of the sacraments evolved, as well.  We adopted a more frequent, reverent, and liturgically consistent celebration of the Lord’s Supper.  We also grew more bold in our defense of our denomination’s paedobaptist theology.  Attractional thinking had led us to soft sell our position and welcome those who espoused believer baptism.  This tolerance was still affirmed; however, we began to realize we had worked so hard at honoring the exception that we had failed to champion the rule.  As we deepened in our understanding of the sacraments, we realized that our membership classes had inadequately trained our people to articulate a robust appreciation for these important means of grace.

As these changes continued to expose previously unchallenged assumptions and differing preferences, we began to experience and struggle with “unmentionables.”  In my final post, I will share how unresolved conflict, issues of church discipline, and clarifications about gender roles all became important in our journey and further highlighted the ways in which being attractional had left us less governable and sustainable in the end.

Scotty Smith
The Humbling and Troubling Aspects of Forgiveness
When We Fail to Love Jesus As He Deserves
Animation, Tears, Kindness, and the Gospel
Justin Taylor
Do Humans Have Free Will? The Answer (Of Course) Is: It Depends!
Three Harms that Come from Redefining Marriage
The Scandal of the American Evangelical Intellectual
Erik Raymond
Preachers Should Measure Twice and Cut Once
Do Affections Provide Assurance?
A New Resource on an Old Confession
Thomas Kidd
Tradition, the Bible, and America’s Debate over Slavery
Charles Spurgeon the Pastor
From ‘Wretched’ to ‘Needy’: Changing a Classic Hymn
LOAD MORE
Loading