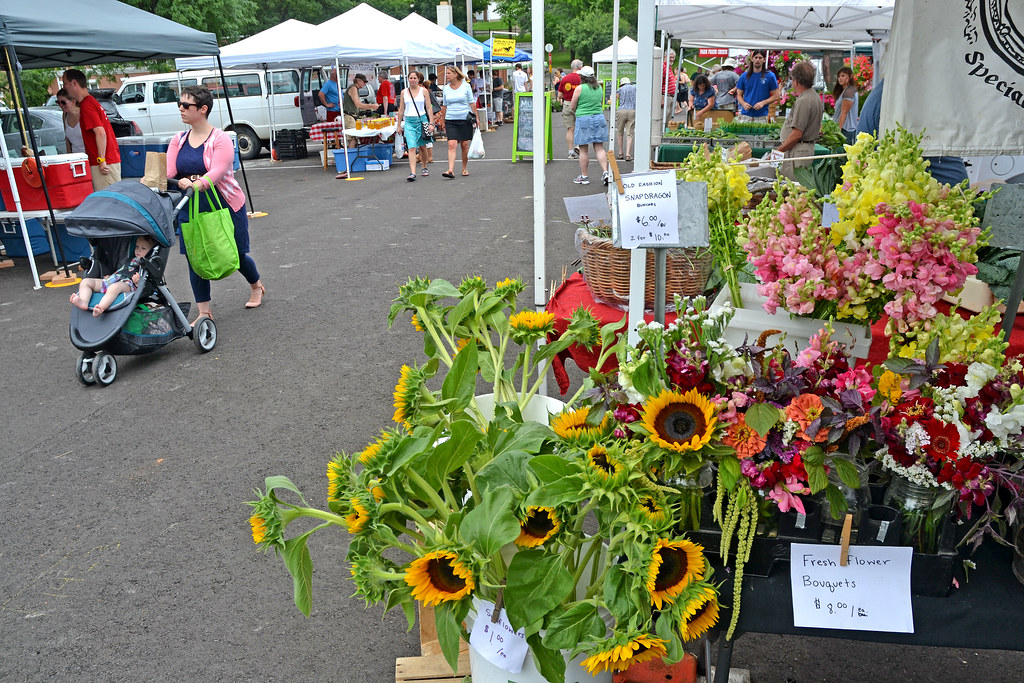 You may have heard: East Lansing, Michigan, is in the news.

The city of East Lansing is now facing a lawsuit when it comes to the city’s farmers market.

The suit was filed this morning after the city excluded Charlotte-area farmer Steve Tennes and his family from selling their crops at the farmer’s market because of the family’s religious beliefs.

The dispute started in August last year when a person reached out to Steve Tennes on the Country Mill’s Farm Facebook page regarding their religious marital beliefs.

Tennes responded honestly stating he and his family will not book same-sex couple weddings at their farm because it is against their religious views.

Since then, the situation escalated and the city of East Lansing refused Tennes and his family a spot at the farmer’s market and now the Tennes family is taking legal action against East Lansing.

Depending on whom you listen to, East Lansing is either standing up to bigots or violating the First Amendment rights of Catholic farmers. As the latest in a growing list of same-sex marriage disputes, it’s no surprise the story has been garnered local, statewide, and national attention.

I might as well put my cards on the table: as an evangelical Christian who believes in the historic definition of marriage, and as an American citizen concerned with the erosion of religious liberty, I support the Tennes family and am thankful that Alliance Defending Freedom has taken up their case. But rather than repeating the religious arguments in favor of traditional marriage or the legal arguments in favor of religious liberty, I’d like to offer a few personal reflections.

I live and work in East Lansing. Yes, I’m moving in less than two weeks to take a pastoral position in North Carolina, but since 2004 the Lansing area has been my home, and since 2012 I’ve lived in East Lansing.

A few details for outsiders. Lansing is the state capital of Michigan. East Lansing is not just the eastern part of Lansing, it’s a separate municipality. With a little less than 50,000 residents, East Lansing is most well known for being the home of Michigan State University. It’s a great city and a wonderful place to raise a family. East Lansing has a small-town feel, but with a vibrant little downtown and world-class arts and athletics. There are nice parks, good schools (if partisan and liberal at times), plenty of places to run or ride a bike, and a lot of kind, decent people. There are more Christians here than you might think, and the non-religious usually respect people of faith. My son’s baseball team, for example, has been understanding that Sunday morning baseball games just aren’t going to work for us.

I’d like to say I was shocked to hear that my city denied a Catholic farmer the ability to sell his produce at the local farmer’s market, but East Lansing is a deeply progressive place. The city is overwhelmingly Democratic, with a strong Bernie vibe. East Lansing is passionate about diversity, inclusion, and almost any social justice or LGBTQ issue. Judging by responses I’ve seen from friends and neighbors on Facebook, I imagine most residents are proud of the city for barring the Country Mill from selling their fruits and vegetables here in East Lansing.

Toward a More Inclusive Inclusion

As a member of the East Lansing community (at least for ten more days), I’d like to suggest that this pride is misplaced. I want to assume the best about those who made the decision to push out the Tennes family. Maybe East Lansing officials are out to punish traditional Christians. But I think it’s more likely they believe strongly that people like the Tennes family and people like me are on the wrong side of history. They are probably convinced that tolerance and inclusion demand that LGBTQ dissenters be given no quarter and offered no compromise.

But what if this leads to a militantly exclusive form of inclusion?

I wonder if East Lansing officials see the radicalism in the position they’ve adopted. Do they really want to send the signal that evangelicals, traditional Catholics, Muslims, and Hindus, not to mention many visiting scholars from Africa and Asia, are human-rights abusers for believing in the historic definition of marriage?

And do they really want to inject culture war politics into every aspect of our community life? On the East Lansing webpage, it says ,”What makes the ELFM unique is that every item sold by vendors is 100 percent homegrown. Vendors must either grow their own produce or make their own products. Customers at the market enjoy authentic local Michigan goods.” Sounds like a great vision for a farmer’s market. But then in an official statement responding to the lawsuit, East Lansing defends its position against the Tennes family by saying vendors must “embody the spirit of the market.” You mean, like the selling homegrown Michigan products? Or like denying two millennia of church teaching on marriage?

It is hereby declared to be contrary to the public policy of the City of East Lansing for any person to deny any other person the enjoyment of his/her civil rights or for any person to discriminate against any other person in the exercise of his/her civil rights or to harass any person because of religion, race, color, national origin, age, height, weight, disability, sex, marital status, sexual orientation, gender identity or expression, student status, or because of the use by an individual of adaptive devices or aids.

I get that the city of East Lansing thinks it is morally wrong for the Tennes family to disallow same-sex couples from getting married on their property. But the family was not denying anyone the right to buy any of the fruits and vegetables they want. They were minding their own business (literally) when they were told to not to return to the farmer’s market. So who is harassing whom?

For all the talk of diversity and inclusion, I’ve found that East Lansing can be disinterested in diversity that dares to circumvent progressive norms. The high school recently had hijab day where students were encouraged to wear the Muslim head covering in support of other cultures. You can be sure a similar day encouraging students to wear cross jewelry would not have been met with the same enthusiasm.

I don’t think people are trying to be insensitive. They just don’t realize that like conservatives, liberals can live in bubbles too. I can think of numerous times I’ve been talking to East Lansing friends and neighbors when the person talking to me will say something about gay marriage with the obvious assumption that since my wife and I are nice people and we live in East Lansing that we obviously agree with them. East Lansing wants to be a welcoming place, but it seems as if they prefer ethnic and sexual diversity to genuine intellectual diversity.

Besides being a possible infringement of First Amendment rights, the farmer’s market policy is unwise and untenable. Do we really want to make sexual expression and gay marriage the shibboleths for entrance into polite society? What about the sign I read at the East Lansing owned and operated community center that says men must not bring girls into men’s locker room? Is that a violation of transgender human rights? Or what about the fact that the farmer market itself advertises that children’s activities will be provided by Ascension Lutheran Church? I don’t know what the leaders of the church believe, but I know it is a member of the Lutheran Church—Missouri Synod, which is a denomination that holds to the traditional view of marriage. I’m sure city officials are thankful to the church for providing a nice community service, one that has nothing to do with its views on Obergefell, so why not pursue the same sort of attitude toward farmers selling fruit?

I love East Lansing. As a place to live, I would recommend it to almost anyone. I’ve enjoyed meeting a lot of kind, friendly, decent people in East Lansing, many of whom think and worship differently than I do. But I hope the city will rethink its progressively partisan policies. There is a fuller kind of inclusion and a richer kind of diversity that can better embody the spirit of what East Lansing says it wants to be.

With Liberty and Justice for All

Revelation, Coronavirus, and the Mark of the Beast: How Should Christians Read the Bible’s Most Fascinating Book? (Part 3)

Our Present Moment: Why Is It So Hard?