Here’s my latest edition of New and Notable Books. As a reminder, these suggestions focus on fairly recent books in American history and religious history. These books certainly may interest fellow historians, but I also try to suggest ones that are accessible and (somewhat) affordable to students and general readers.

Beth Barton Schweiger, A Literate South: Reading before Emancipation (Yale). This obviously is as much a history of learning and culture as it is of religion, but much of antebellum South learned through religious sources. From the publisher: “Drawing on the writings of four young women who lived in the Blue Ridge Mountains, Schweiger shows how free and enslaved people learned to read, and that they wrote and spoke poems, songs, stories, and religious doctrines that were circulated by speech and in print. The assumption that slavery and reading are incompatible—which has its origins in the eighteenth century—has obscured the rich literate tradition at the heart of Southern and American culture.” We recently had Schweiger to Baylor for a lecture, and it was exceedingly well received.

Andrew Delbanco, The War Before the War: Fugitive Slaves and the Struggle for America’s Soul from the Revolution to the Civil War (Penguin). I recently listened to this on Audible, on Alan Jacobs’s recommendation, and it is outstanding. One of the best history books I have read in the past couple years.

Kate Bowler, The Preacher’s Wife: The Precarious Power of Evangelical Women Celebrities (Princeton). Coming from the author of the best book on the prosperity gospel, this book promises to examine some of the tensions inherent in the public roles of female Bible teachers. A timely topic! Bowler spoke on her research for this book a couple years ago at Baylor, and it was fascinating. 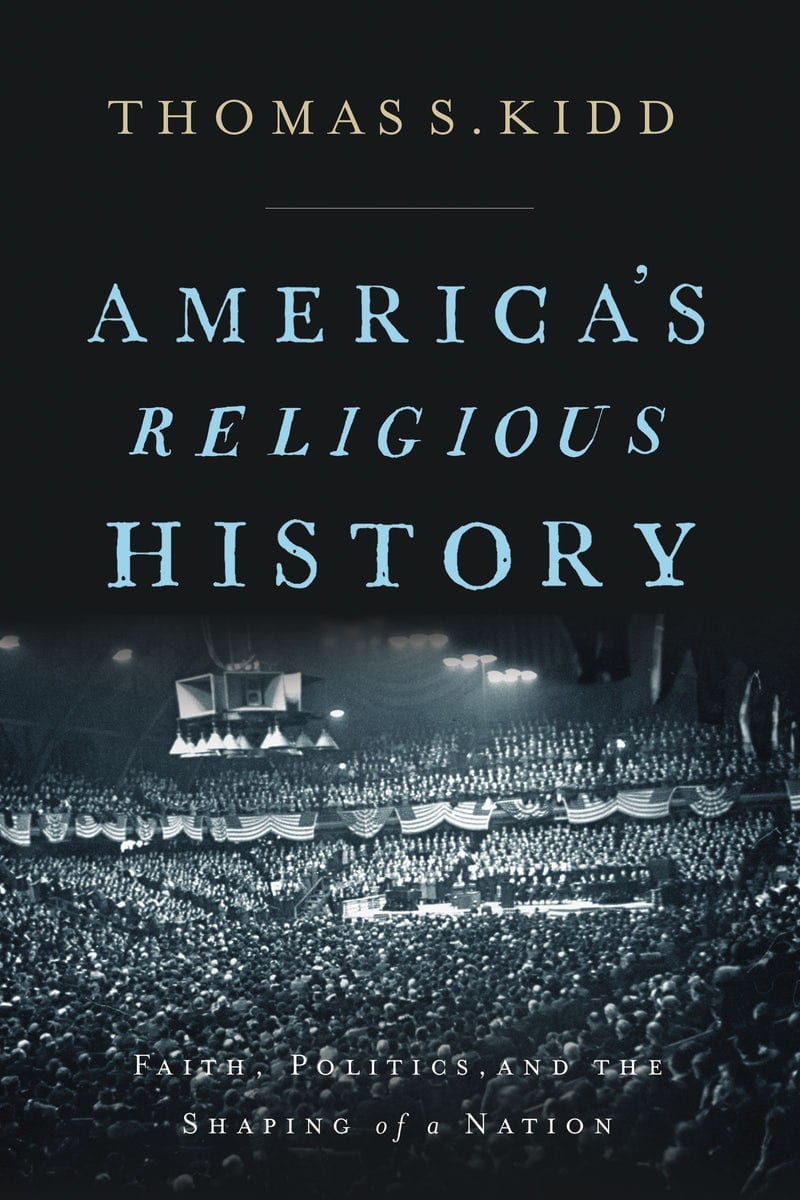 Mark David Hall, Did America Have a Christian Founding?: Separating Modern Myth from Historical Truth (Thomas Nelson). Hall is an outstanding historian of religion and the Founding, and here he is wading into the ever-controversial topic of whether (and in what sense) America was founded as a Christian nation. See Justin Taylor’s recent post on the book.

Note that I also have a new book out: America’s Religious History: Faith, Politics, and the Shaping of a Nation (Zondervan). If you are looking for an up-to-date overview of American religious history, or if you teach any sort of class on American religion, I hope you will check it out!

[The book links provided here are part of the Amazon Services LLC Associates Program, an affiliate advertising program designed to provide a means for sites to earn advertising fees by advertising and linking to Amazon.com.]

Thomas S. Kidd is the Vardaman Distinguished Professor of History at Baylor University and the author of many books, including Who Is an Evangelical? A History of a Movement in Crisis (Yale, 2019); Benjamin Franklin: The Religious Life of a Founding Father (Yale, 2017); Baptists in America: A History with Barry Hankins (Oxford, 2015); George Whitefield: America’s Spiritual Founding Father (Yale, 2014); and Patrick Henry: First Among Patriots (Basic, 2011). You can follow him on Twitter.

‘Beer is proof that God loves us,’ and other bogus Founders quotes

Protestant Relics and the Graves of Whitefield and Edwards

The Art of the Book Review

Scotty Smith
We Have an Extremely Kind Father
When the Gospel Takes Over Our Parenting
We Don’t Have to Spin or Pretend
Trevin Wax
Trevin’s Seven
When Suffering Strikes Your Story
Why You Must Rethink Your Life Story In Light of the Gospel
Melissa Kruger
Sneak Peek Interview with Courtney Doctor
Sneak Peek with Emily Jensen and Laura Wifler
Graduation: Grief and Gratitude
Ray Ortlund
You can sing Romans 8
Church Conflict 101
You can stand any test
LOAD MORE
Loading