Last March we released the first batch of Songs from The New City Catechism, which covered Questions 1–15, followed by Questions 16–31 in summer 2017. As I wrote then,

When The Gospel Coalition, Redeemer Presbyterian Church, and Crossway decided to bring The New City Catechism (NCC) to print, we knew we wanted to commission brand-new songs that followed the exact wording of The New City Catechism children’s questions and answers. What might take weeks to learn through repetition could take minutes to memorize when set to the right tune. 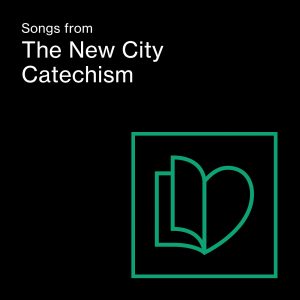 That has indeed been the case as both children and adults have responded enthusiastically to learning the catechism through song.

Today, we are pleased to release a third set of songs covering Questions 32–41, set to music by Frank Hernandez and arranged by Fletch Wiley. There are several ways you can stream and download:

Betsy Childs Howard is an editor for The Gospel Coalition. She previously worked at Beeson Divinity School and Ravi Zacharias International Ministries. She is the author of Seasons of Waiting: Walking by Faith When Dreams Are Delayed (Crossway, 2016) and the children’s book Arlo and the Great Big Cover-Up (forthcoming from Crossway in 2020). She and her husband, Bernard, live in Manhattan where he is the pastor of Good Shepherd Anglican Church, which they planted in 2017. You can follow her on Twitter.

4 The FAQs: How the Stimulus Bill Affects Churches and Individuals

5 The Fright of Death: How Conscience Makes Cowards of Us All