Tertullian (AD 155–220), in his Apologeticus, observed a pointed contrast between the unity of the early Christians and the divisive culture in which they lived:

During the COVID-19 pandemic, fractures among churches that proclaim Christ as Lord and hold to biblical orthodoxy have become increasingly visible. From pulpits to porch patios to social-media platforms, instead of visible unity there is a virulent antagonism—patterns of criticism and judgment as Christians publicly bash each other over race, politics, masks, and more.

The enemy of the church is executing his plan with precision.

In the American church it has become our recent practice to highlight secondary theological distinctives as our shared love for the gospel and biblical orthodoxy fades to the background. Tertullian might have written of our day: “See how the Christians have followed the pattern of an insecure and divided world, constantly cutting one another!”

How might we move toward a recovery of Tertullian’s second-century pattern of unity in our divided church landscape?

In late May I had the opportunity to spend a few days in London with City to City Europe’s conference as it launched the London Project—an interdenominational, ethnically and racially diverse collaboration between churches working across independent, Baptist, Anglican, and charismatic traditions to reach the whole city for the gospel. My time at the conference was refreshing and strengthening.

What struck me was not the scope of the London Project’s vision, as inspiring as it is; nor was it the conference program, though linking churches and leaders across Europe and other continents was quite a feat. It wasn’t even their shared love for the gospel of Jesus Christ and biblical orthodoxy, though these were evident and clear. What was most compelling and challenging about the conference was the embodiment of the very thing Tertullian observed in the Christians of his time: unity.

That They May Be One 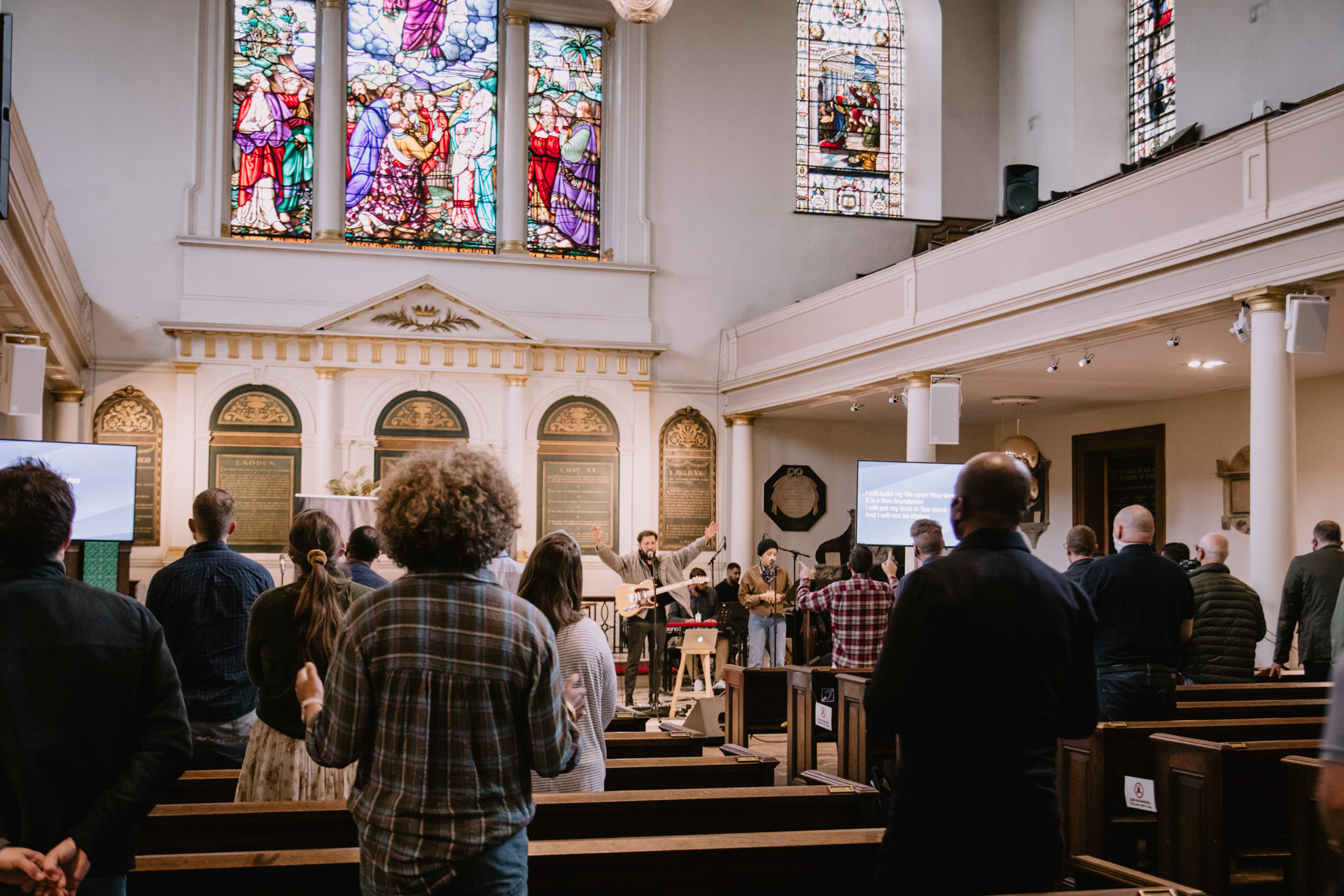 What I experienced in my brothers and sisters in London was a fleshing out of Jesus’s high priestly prayer in John 17:11, “that they may be one.”

There was a radiance about their unity, in contrast to the divisive rhetoric plaguing the American church. They loved one another, deferred to one another, and believed the best about one another. From the language in print and digital material to the carefully crafted words each presenter spoke, their oneness shone through.

I observed this most clearly in the interactions of the team from stage and from the pews. As an outsider I was welcomed by the London Project, connected with other North American leaders, and invited to lunch by a new church-planting team in the city.

Each presenter gave honor and respect to others as they spoke. There was no hint of cynicism or skepticism. Their tone was humble and gentle, even as the leaders spoke boldly about their vision for gospel renewal. They playfully laughed with (and at) one another, shared stories about battle scars and bearing with one another in their differences.

And while unity—in their deep love for the gospel and fidelity to biblical orthodoxy—was emphasized, they were honest about their secondary theological distinctives. They managed to neither elevate these differences nor diminish their significance. They were unified in the essentials, offered freedom in the non-essentials, and loved one another despite their differences. There was no groaning or arguing about the fleeting political or cultural issues swarming about—no passive-aggressive comments about masks, vaccines, or who was too “woke.”

What enabled this eclectic band of churches to come together in such a profound way? Certainly a global leader like Tim Keller or an organization like City to City doesn’t hurt. Perhaps the more advanced post-Christian challenges of Europe make gospel collaboration more urgent—and Twitter debates less interesting—than in America. Or maybe Europeans are just more affable and good-natured.

But really, the cause of this unity is something deeper.

Unity Founded in the Gospel

Jesus doesn’t just pray for our unity and expect us to create an adhesive. He roots his intercession in the transcendent adhesive of his relationship with his Father: “That they may be one, even as we are one . . . just as you, Father, are in me, and I in you, that they also may be in us” (John 17:21). All potential for Christian unity finds its source in our union with Christ, which is rooted in the eternal union of the Father and the Son.


All potential for Christian unity finds its source in our union with Christ.

Evidently the gospel that had brought our European brothers and sisters together for shared mission was in their bloodstream. And herein lies the most profound thing about City to City Europe and the London Project. It’s not what they are doing for the gospel, but what the gospel is doing in them.

Radical unity is made possible when the deep love and forgiveness of Jesus Christ permeates our lives.

And the more unified we are with our brothers and sisters, the more our vision of gospel renewal will become a reality in the world. This is the promise of Jesus’s prayer: “that they may be one, even as we are one,” so that the world may believe.

The London Project’s vision to reach the city of London for the gospel is being realized through the gospel. The unity the gospel is fostering in these Christians will translate into the whole city being touched by grace. If this can happen with churches in London, it can happen in cities across the world. May the unity budding in Europe be an encouraging model and challenge for us all.

Joey Tomassoni is a pastor and painter serving Downtown Hope Church in Annapolis, Maryland. He is a husband to Katie, and they have four children. He completed his MFA from American University and is currently pursuing an MTh through Wycliffe Hall at the University of Oxford.