Previously in the series:

This is the fifth installment in a new series in which we publish brief answers from experienced church leaders to this question:

In addition to Scripture and sound doctrine, what should young pastors today be studying? Is that any different from what you would’ve recommended 20 years ago, or even 10 years ago? After 30 years in a primarily academic environment, now pastoring biblically requires that I become more informed about: 1) The thought processes of a generation whose worldview is primarily informed by media impressions; 2) The differences in the ways North Americans over 50 and those under 40 understand the obligations of Christians in society as a consequence of the former being raised in a perceived Christian-majority culture and the latter in a Christian-minority culture [their appreciation for Scripture is the same, but their application is very different]; 3) Preparing to be a multi-ethnic church as a consequence of a rising generation rejecting any church that doesn’t have the gospel reflected in its body life, and as a consequence of the demographics that will soon make any mono-ethnic church anachronistic and irrelevant to modern society; 4) Helping church members perceive themselves a vital members of a global Christian community that is interdependent for its mission and moral status; 5) Helping each member understand the gospel’s application to everyday decisions, occupations, and ethics; 6) Helping a younger generation of preachers address each of the previously mentioned concerns from a compulsion of grace, rather than a theology of doing better than other generations, traditions, or churches. Over the last 40 to 50 years our generation has gone through unprecedented changes, some of which no one could have foreseen. This is true almost in every field: science, technology, transportation, immigration, communication, morality, and even Christianity, to mention a few. This complexity of our world makes the truth more difficult to discern. And our archenemy, Satan, knows that very well. At the end of the road, we are involved in a battle for truth; it has been so from the very beginning: “Did God actually say. . .?” (Gen. 3:1). That little phrase began to introduce a doubt in Eve’s mind about the truth of God. Satan went on to explain, “You will not surely die. For God knows that when you eat of [the tree] your eyes will be opened, and you will be like God, knowing good and evil” (Gen. 3:4–5). Eve was deceived in the middle of the garden, without having a sinful nature and without having to face a civilization as complex as ours. An unfallen creature, in a virgin garden, in the sole company of her husband was deceived in a simple conversation. Can you imagine how easy it must be for Satan to deceive us who are surrounded by a myriad of problems, a variety of choices or alternatives, and with thousands of philosophical currents coming our ways from different cultures at a speed never anticipated before? It’s no wonder so many of God’s people seem to be lost without knowing which direction to go.

Having said all of this, I would highly recommend young pastors to read, study, and meditate on topics related to morality, ethical and bioethical dilemmas, the nature of truth, worldviews, and biblical wisdom and discernment. 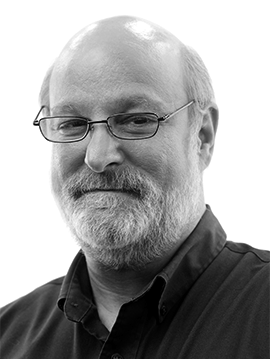 I would say study what drives culture. Pay attention to the values it has and what it promotes (both good and bad). Exegete commercials, music, movies, TV, and literature people are talking about in the public square for the values they portray and the aspirations they set. Have a little bit of sociology about you as well as being a theologian. It’s crucial in doing this that you look for the good in culture as well as the bad. It is too easy to rail against culture. Christians are better known for what they are against than what they are for. That needs reversing. In its best moments, culture does aspire to things that reflect being made in God’s image. Note those and engage with those topics (good and bad), as this is where the people you’re called to pursue in mission are. Show how the gospel connects the dots for the core needs of the soul. This emphasis is where I have been for some time. The one thing that has changed in 20 years (even 10) is that before I could appeal to the Bible confident that for many it was a respected place to go for answers. Now the Bible itself is widely questioned as a source for life and wisdom. So I have to be better prepared and equipped to engage culture with an appreciation of what the Bible has to offer and why, as well as what culture thinks of Scripture and why. This is another reason to be aware of what culture is saying.

Matt Smethurst is managing editor of The Gospel Coalition and author of Before You Share Your Faith: Five Ways to Be Evangelism Ready (10ofThose, forthcoming), Deacons: How They Serve and Strengthen the Church (Crossway, 2021), Before You Open Your Bible: Nine Heart Postures for Approaching God’s Word (10ofThose, 2019), and 1–2 Thessalonians: A 12-Week Study (Crossway, 2017). He and his wife, Maghan, have three children and live in Richmond, Virginia, where they are in the process of planting River City Baptist Church. You can follow him on Twitter.